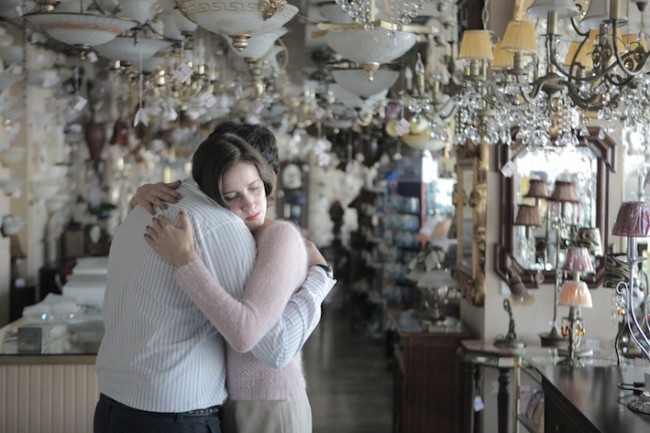 Yorgos Lanthimos’ last film, Dogtooth floored me with its terrific economy and power, in its performances but also in its storytelling style where, as an audience, one is left to stew, wondering, thinking, trying to work out what is going on and why. But, as with any Master storyteller, it is always wisest to allow yourself to trust in the filmmaker; let them unravel the story how they would wish to unravel it and simply sit back and enjoy the delicious ride.

Ordinarily, I hesitate to tell you anything at all of any given film plot, happier that you simply accept it might be worth seeing. Confident that you would be content that the surprise of not knowing what is going to happen will increase your enjoyment tenfold. Alps is no different. Infact, it is almost more important with this director in particular, that you see the film knowing nothing. I would much rather you went along and allowed Lanthimos to tell his story as he would wish, over almost any other filmmaker.  He has a fiendish wit and an exquisitely black sense of humour, but a sense of humour nevertheless.

His films are proving not for the fainthearted, but reward any with a sharp mind willing to be led blindfold around the next corner and are absolutely built on anticipation; on information withheld; to be thrown down as titbits and teasers along the way, very much in his own time and all the more succulent for it. 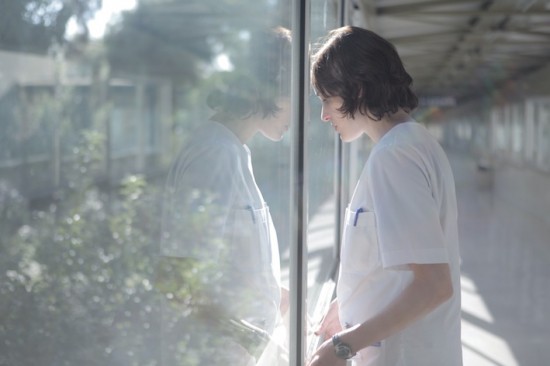 Lanthimos is a great student of the human condition, his films are a direct product of that and the cast accordingly, is exemplary throughout. I am a huge fan of his work and look forward to each serving with the rapt anticipation of a Doberman awaiting a tardily served morsel. If you liked Dogtooth, I am certain you won’t be disappointed by Alps.  If you haven’t yet seen Dogtooth, shame on you. See Alps, then get hold of Dogtooth and get bitten by the bug. AT