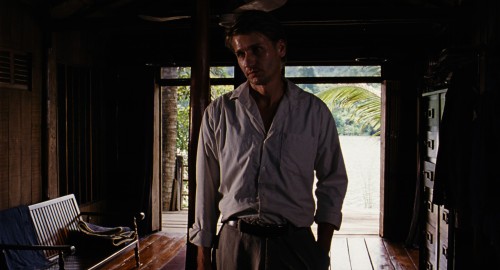 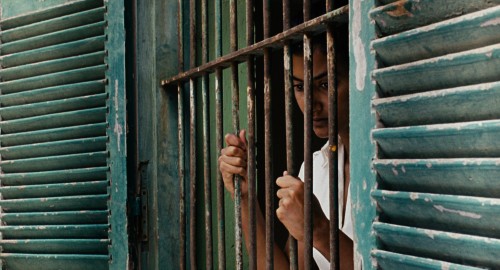 An Asian crooner is murdered in a dodgy Cambodian nightclub in the opening sequence to this Far-Eastern tale loosely based on Joseph Conrad’s eponymous novel. A strange and sultry girl then takes centre stage to sing a solo slightly off-key. And that’s only the start of this hauntingly beguiling South Sea tale of intrigue centred on a merchant sailor (Stanislas Merher) and his fatherly ambition for his mixed-race daughter (Aurora Marion).

ALMAYER’S FOLLY is a fractured saga that winds its way backwards and forwards to a dark continent thousands of miles away in the psyche. Lulled by the birds, insects and echoes of an exotic soundtrack, stimulating and dreamlike but firmly rooted in a Colonial setting, its sumptuous visuals enchanting and hypnotising. Mesmerising performances from father and daughter really conjure up what Conrad originally had in mind when he wrote the story. Akerman has brought it all to life languidly and seductively in a fabulous slow-burner that sometimes lingers but always entrances like a languorous fevered dream. MT