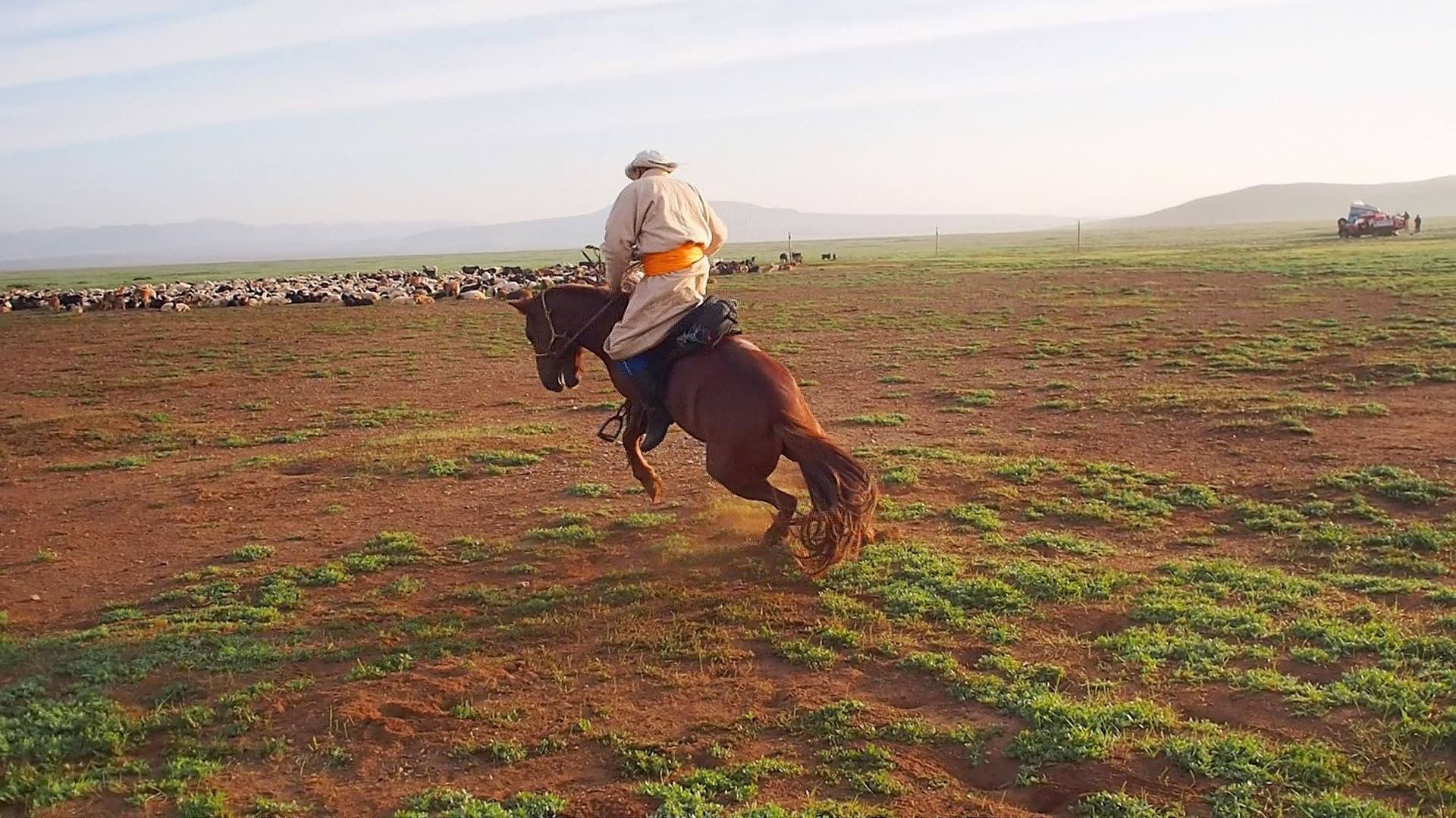 The wild Mongolian horse was Genghis Khan’s weapon of choice when he conquered the hostile wolf-infested steppes of the World’s largest land-locked country. And the Mongol Derby is the world’s longest and most gruelling horse race at 1000 kilometres. Inspired by Ghenghis Khan’s Urtuu postal system it courses through the northern territory of this vast Asian country where the self-navigating riders – and their resilient mounts – occasionally stop to rest and re-feul at these 27 posting stations, and there is one every 40 kilometres.

An endurance test for those who relish things that go wrong – and here they invariably do – and Hollywood fare such as Bite the Bullet (1975) and Hidalgo (2004) both dramatised this epic struggle, and Otto Bell’s recent documentary The Eagle Huntress (2016) takes place on similar terrain. But Ivo Marloh has captured the real thing on the hoof in his brilliant widescreen adventure that gets down and dirty and up close and personal with the horses themselves (who are not to be petted) and their intrepid riders who have travelled from far and wide (South Africa, Ireland, Texas and Canada) to win the race, and win it whatever the cost (should they fall off mid station, it’s a long onward hike, or maybe even death).

The going gets tough and unpredictable – often unbearably so, but the riders must persevere against the odds: injury, buzzing insects, heat exhaustion and the elements soon take their toll. And Marloh is there in the thick of it, delivering an exhilarating watch from close quarters while also exploring the human story of a remote community struggling to survive in their ancient pastoral tradition. “This is the Wild frickin’ West” says one rider. And we feel his pain. But this is rip-roaring entertainment – and not for the feint-hearted. MT