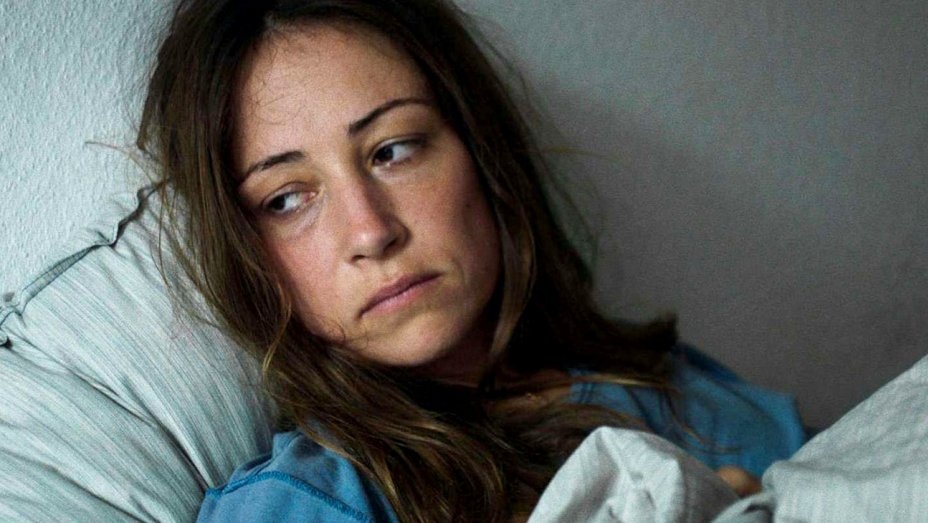 Eva Trobisch’s All Good, is about the dark night of the soul in the aftermath to unimaginable tragedy. Something happens, we think we can deal with it, and it goes away – at least for a while – only to return with a vengeance, as grief, anger and finally depression overwhelm and repress the human spirit.

After an ordinary night out at a school reunion Janne (Aenne Schwarz) is raped by a seemingly innocuous old school friend. Martin (Hans Löw) is now a professional, corporate type who duly accompanies her back home after the party. Both are a little tipsy but the evening did not hint at romance or even mild flirtatiousness. So it’s odd that Martin, almost as an afterthought – decided to makes a move.  After a sustained attempt at seducing her, Janne finally acquiesces to Martin’s advances – the scene is well played and captures all the nuanced undertones of an unwanted encounter. In the full light of day, Janne reflects with distaste and then mild anger at Martin’s presumptuousness. But feels awkward about discussing it with her boyfriend Piet (Andreas Döhler) who’s absorbed in his own dramas.

In her feature debut, which won Best Newcomer at Locarno 2018, Trobisch uses these subtle shifts in human response to create a thoughtful and absorbing drama that kicks over the ashes of suppressed anguish with worthwhile insight and impressive command. All Good is just that, Janne fronts up well to her trauma but what lies beneath is quite a different scenario. And Janne’s  increasing and unacknowledged exasperation turns slowly to simmering rage.

At work, Janne’s new boss (Tilo Nest) is also preoccupied with his own issues, and so she goes about her work with resignation and determination not to let the episode overwhelm her as a young, intelligent and independent woman in the 21st century. But life but goes on and Janne will not give up. A surprisingly mature debut with some strong performances, especially from Aenne Schwartz in the lead. MT