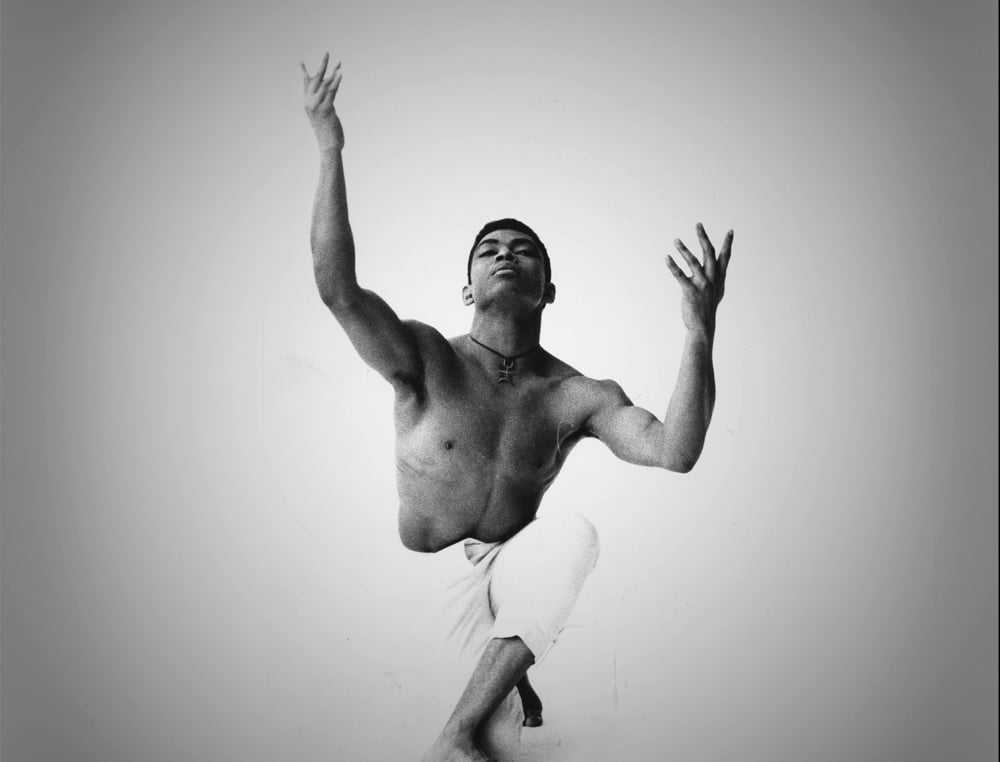 Alvin Ailey (1931-1989), founder of the Alvin Ailey American Dance Theatre (AAADT), remains pretty much a mystery in this lyrical portrait of the dancer and choreographer – a black, closeted gay man. Cicely Tyson called him the “Pied Piper of modern dance”, and when Ailey received his award during the Kennedy Honours ceremony in 1988, ironically presented by Ronald whose policies had punished the gay community.

In her first outing as solo writer/director, Jamila Wignot works with Ailey archive interviews often as a commentator, escaping the ‘talking heads’ malaise which blights many documentaries. Alvin Ailey was born in 1931 in rural Texas, he never met his father, but his mother worked on the cotton fields and as a cleaning lady for white homeowners. In 1941 they moved to Los Angeles where their relationship became the corner stone of Alvin’s psychological world for the rest of his life. Later, when he suffered from Bi-Polar disorder and was institutionalised in a psychiatric ward, it was his mother who took him home and looked after him. Alvin was very protective of his mother, right to the end, when he made his doctor sign the cause of his death as a result of a blood disorder, so that she would not be stigmatised by him being a victim of AIDS.

Ballet was for Ailey a form of escape, he was captivated by the Ballets Russes Monte Carlo and Catherine Dunham even though his football coach at High school tried in vain to interest him in the sport. Alvin was taught by Martha Graham, among others, and founded the AAADT in 1958 at the age of only twenty-seven, after having moved to NYC, where he replaced Lester Horton as choreographer at his last engagement.

Perhaps Ailey’s most famous ballet, “Revelations” (1960) was called a “re-enactment’ of life, a mixture of passion and sorrows” by members of the ensemble. In 1970, AAADT was nearly bankrupt, and the Foreign Office sent the ensemble on a tour of Asia and Europe. They were extremely popular, particularly in Stuttgart (Germany) “where the sell-out crowd hollered and stomped, like they had an orgasm”. The audience called the troupe for 80 curtain raisers. But Alvin remained an enigma even for his closest collaborators, he was just another person when he left the building after performing. His work was sometimes criticised for not being political enough in the wake of the rising Civil Rights movement, but he answered “that his protest was on the stage, not the streets”.

Further successes were “The River” (1970) and a year later, “Cry”, a birthday present for his mother, and a solo performance for Judith Jameson. There is interesting footage from an interview of Alvin with Harry Belafonte, where they discuss race integration, which for Alvin did progress too slowly. After the death of close collaborator Joyce Trisher, he was shocked and honoured her with “Memoria” (1979). But the experience in Texas stayed with him forever: after successful performances in Paris, he claimed that he could not adjust to such different experiences, and left. He soon returned with “Fever Swamp” (1983). Alvin Ailey spent the last days of his life on a sofa, watching his troupe rehearse.

Apart from archive footage and Newsreel snippets, Wignot uses rehearsals by the new artistic director, Robert Battle, of “Lazarus” by Rennie Harris, to celebrate 60 years of the AAADT, with Masazumi Chaya, another co-director of the company, also commenting on the continuation of Alvin Ailey’s work.

AILEY flows like a dream, languid and indulgent. Perhaps Alvin Ailey was too much of a contradictory personality to have everything revealed in one feature. But Wignot has achieved enough, to make us curious to get to know him better. AS

IN CINEMAS AND ON DEMAND from 7 JANUARY 2022