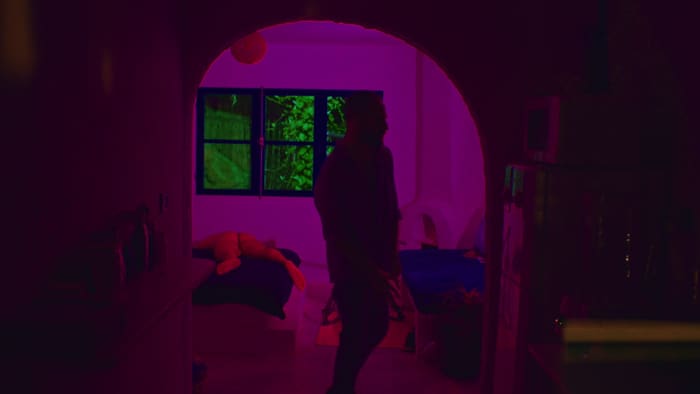 In Beirut, a man makes a regular visit to his cosmetic-surgeon  ostensibly to have his moles checked over. But the discovery of a lump in his testicle and an abscess in his mouth sees filmmaker Selim Mourad at the coal face of his own mortality in this feature debut, an abstruse film essay, which runs for just over an hour, in the main Tiger competition at Rotterdam Film Festival.

After his death – presumably from the tumour – Selim’s image appears  in a pretentious photography exhibition in Beirut. Clearly he has captured the imagination of a photographer but there’s no clear idea as to why his portrait is suddenly hanging there. One visitor makes the observation that the round framing of the portraits of the dead people somehow connects with film. The actual film frame then also adopts this circular form, and Selim’s friend Tamara enters the fray.

What follows is an inspired and visually brave piece of filmmaking that attempts to explore the eternal cycle of birth and death, Selim and Tamara finally becoming their own ancestors. A complex and intensely personal rumination on life, death and the idea that the dead are somehow still with us.