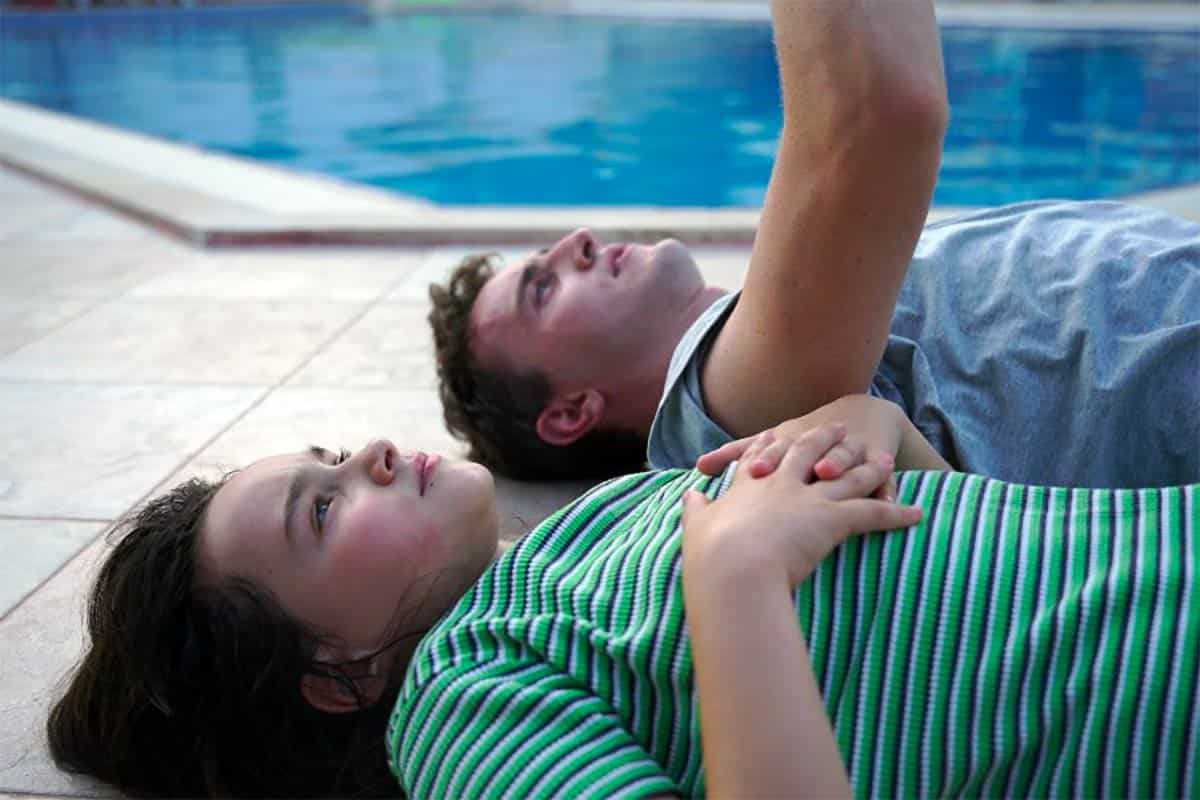 This pretentious two-hander that tries to capture the mood of a holiday in Turkey between a father and his little daughter in a series of loosely flung together impressionistic images, is not such a good film as it thinks it is. Daring editing and inventive camera angles cannot make up for a script that needs more work.

Callum (Paul Mescal of the breakout TV hit Normal People) and pre-teen Sophie (Frankie Corio) indulge in the lazy vibe of the seaside resort where everything is geared towards British tourists and a family crowd. In aiming for a relaxed feeling Charlotte Wells abandons a formal narrative structure in a drama whose one-note vibe lacks the emotional intensity to keep the audience engaged even for the film’s modest running time. The cliched idea that adults are always embarrassing to their kids is laboured to the point of being irritating. Many critics in our audience found it difficult to decipher Sophie’s couched mumbling (particularly when she is offscreen), and trying to interpret the meaning of entire sentences became tedious after a while. Also, having Sophie deliver a pitch perfect karaoke effort rather than one which was painfully off-key to listen to, would have been so much more moving. That said, Mescal is a mesmerising presence, and one vignette towards the end is particularly disarming – although confusing – as the film builds towards a hazy reveal that is clearly meant to be momentous rather than bewildering, Wells opting for flashbacks that invite an open-ended interpretation of what has gone before and how it relates to the present and future for Sophie and her father. MT