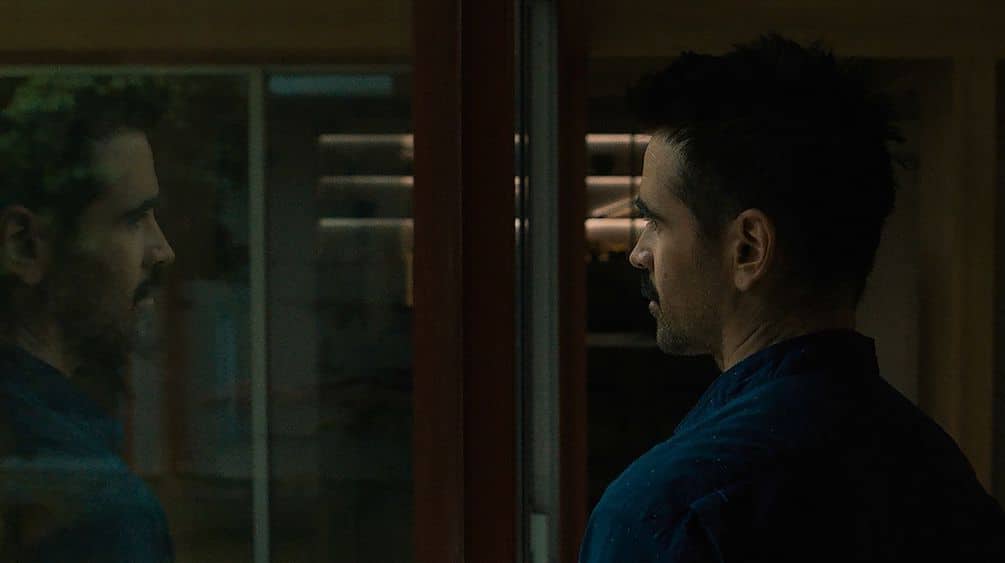 Kogonada’s serenely seductive cinematic style was always going to be a winner for a Sci-fi meets Artificial intelligence thriller, especially when it stars Colin Farrell in the leading role.

He is the touchstone for the old-fashioned metrosexual male whose angsty performance keeps this feature real when far into the future  robots can be hired to complete your nuclear family – if all else fails.

A sassy dance routine sets an upbeat tempo for a hypnotic drama where Kafkaesque scenarios still exist. If a robot breaks down the computer usually says ‘no’ to any simple repair job, that’s if you can get through to the call centre. Such is the case with ‘Second Siblings’ the company that provided Jake (Farell) and his partner Kyra (Turner-Smith) with an older Chinese brother in the shape of Yang for their strong-willed Chinese daughter Mika (Tjandrawidjaja).

Yang seems like a ‘normal’ teenager until he de-programmes and threatens to decompose just as we’ve met this happy multicultural family unit who live in a modernist bungalow in leafy LA. While Kyra is an ambivalent workaholic mother, Jake is left with the tech issues and that’s where the consumer nightmare starts, but the tone is ultra mellow and Jake’s mood can best be described as uncomfortably bemused.

South Korean-born Kogonada transports us to a dreamlike place in the future where technology has taken over but feelings still prevail for humans, their robo-sapiens sidekicks are just not “programmed that way”. But when Jake gets deeper into repairing Yang’s complex core he discovers a memory bank that is thrilling and out of this world.

Jake tracks down a blonde teenager who seemed to feature in Yang’s past, Ada (Haley Lu Ricardson) reveals how Yang was keen to explore his Chinese identity. Meanwhile Mika is suffering from the loss of her sibling particularly missing his sensitivity and understanding of her adoption likening it to the ancient Chinese practice of tree grafting,   playing out in an idyllic scene in an apple orchard.

Kogonada directs with alluring sensitivity in a feature that engenders a warm feeling of calm through its delicately vibrant aesthetic and quietly convincing performances. After Yang  contemplates a future that’s still far from perfect despite surreal technical advances. MT