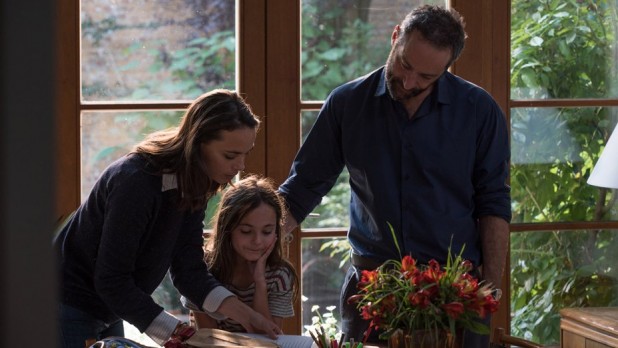 Berenice Bejo stars in another tale of marital discord this time partnering with Cedric Kahn in Joachim Lafosse’s slick but uneven exploration of emotional unravelling.

In The Past (2014), she played the sequestered wife of an Iranian business man, while Childhood of a Leader (2016) saw her trapped in the home of Liam Cunningham’s fascist politician. Belgian auteur Lafosse is himself no stranger to the theme of claustrophobia which engulfs the characters in Private Property (2006), Private Lessons (2008) and Our Children (2012).

As the camera follows the couple through their elegant one floor living quarters AFTER LOVE touches on a few raw nerves but mostly highlights the sheer desperation of wanting to move on from a situation that has run its term. Only the very wealthy can just ‘up sticks and run’, and Lafosse and his co-writers home in on this stifling aftermath when the ties that bind uncomfortably start to strangle the past and, crucially, suffocate the future, as one party refuses to let go.

The set-up is all too familiar: Marie (Bejo) is happily living in the flat with her twin girls (Jade and Margaux Soentjens), but wants rid of their father, Boris (Kahn), who is firmly staying put until he gets his share of the equity for a sale that simply isn’t happening. An architect and designer, he’s added value to the place. And now he is unemployed. Frustration, humiliation and barely concealing anger follows in spades as he becomes the elephant in the room in several scenes, particularly during a dinner party.

The relationship breakdown has also broken Marie and Boris, whose characters are slowly imploding with the sheer stress of it all. And this is not helped by Marie’s mother (Martha Keller) who contributes to her psychological pain, that tracks back to the past in uncomfortable ways. Most effective in its early scenes, AFTER LOVE shows how the flat becomes a toxic prison in a storyline riddled with slow-burning tension, that gradually dissipates in the final scenes that resorts to legalese.  A must see if you’ve experienced marital breakdown. MT