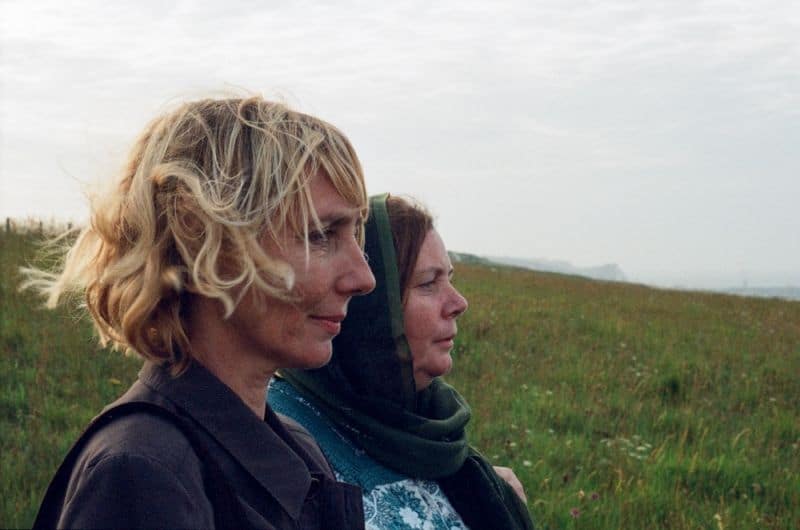 A spare but transcendent feature debut that takes place between Calais and Dover in the aftermath of a cross-channel menage-a-trois. Happily married Muslim convert Mary/Fatima (Scanlan) discovers her husband’s secret on his mobile ‘phone, shortly after his sudden death. Curiosity sees her travelling to France where she tracks down Genevieve the middle-aged mother of his love child Solomon, now an unruly teenager much loved by both his parents. Through a understandable mix-up the women’s lives come together, but only Mary is aware of Genevieve’s identity. Both women are forced to deal with loss and longing in different ways.

Writer director Aleem Khan delivers an accomplished and insightful drama that speaks volumes about race, identity and the nature of love and faithfulness through a storyline that goes to unexpected places. Joanna Scanlan is quietly tremendous as a woman exploring grief and bereavement in a graceful and philosophical way that never descends into melodrama or histrionics, so commonplace in this kind of story. And it’s also down to Khan’s economic style of writing that follows the saying: ‘speech is silver, but silence is golden’.

Instead the two women discretely and gradually explore the past and the present in a way that is both surprising and satisfying. Khan leaves a great deal to the imagination – we are left to make up our own minds about Mary and Genevieve’s life, the focus here is the dynamic between them as they feel their way forward, largely in the dark, as the truth gradually emerges questioning their core beliefs and feelings.

One scene in particularly mirrors the women’s crushing loss of faith seen through a section of Dover’s white cliffs literally crumbling into the sea. It’s a stunning metaphor for this graceful two-hander that portrays women at their best, coping calmly with disappointment and bewilderment, reflecting on their lot with dignity and philosophy. A stunning and mature drama in the classic tradition of storytelling. MT