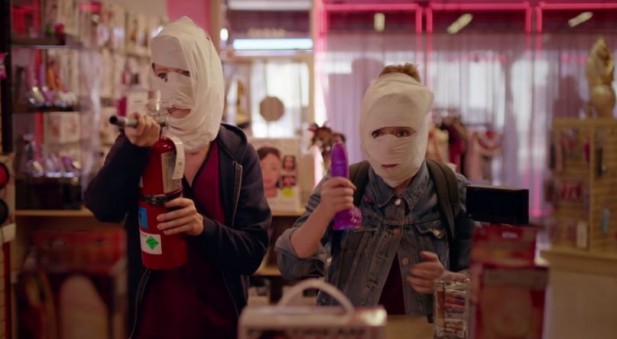 Aubrey Plaza and John C Daly are the only stars in this upbeat US indie that follows the ups and downs of two sex-mad sisters, Shannon (Greer) and Martha (Lyonne) working as hotels maids. Shannon has just been released from a sexual-rehab. The rub comes when they have to dispose of the body of a guest Shannon has just slept with (John C Daly). The humour is of the mainly ‘sex and lavatorial’ variety based on the premise that women don’t get down and dirty (cleaning loos and bidets, that is) on film). It certainly raises the odd chuckle if you’re looking for something light and airy after a hard day at the lending library but don’t expect the mere presence of Plaza and Daly to save your soul or offer you quality entertainment here, although it it’s decent made and acted. A bit of fluffy nonsense to download on VOD | DVD. MT