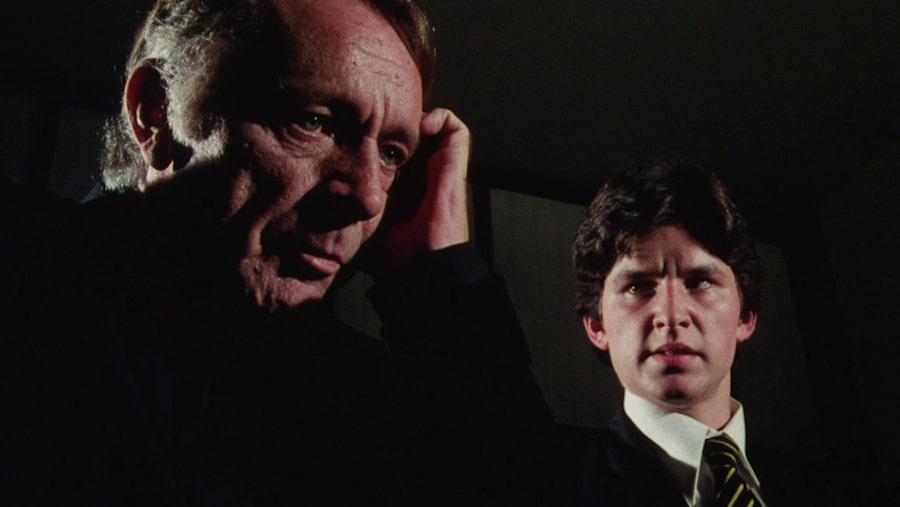 You never knew during his later years whether Richard Burton was going to just walk through his part with a faraway look in his eyes and simply collect his cheque, or pull his finger out and actually give a performance worthy of his reputation; and this is one of those occasions when he’s actually rather good as a flint-hearted Catholic priest who has plainly spent his entire life studying the scriptures without ever absorbing one iota of their meaning.

A sort of cross between Hitchcock’s I Confess and Sidney Lumet’s Child’s Play, in which the unlovely central character is mischievously manipulated as in scriptwriter Anthony Shaffer’s earlier classics Sleuth and The Wicker Man (Burton’s face when he first takes young Benjie Stanfield’s confession is truly a picture!), it’s basically a two-hander between Burton and Dominic Guard for much of its duration, with fine actors like Andrew Keir and John Nettleton given remarkably little to do in brief supporting roles, indicating quite a bit of paring back in the cutting room.

The presence, however, of Dai Bradley and Brian Glover further evokes the harrowing picture of school life painted a decade earlier in Kes @RichardChatten