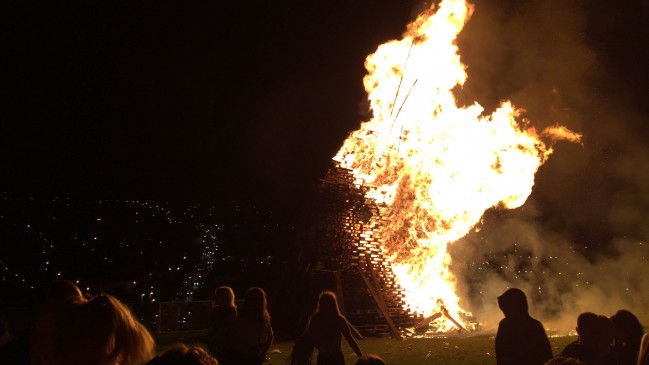 When longterm religious conflict infects a population it almost becomes genetic inbred between one faction and the other. This seems to be the case in the Middle East and also in Northern Island where the Troubles first started in the early 1970s and are still going on according to this courageous documentary, five year’s in the making, that exposes modern day paramilitary activity committed by groups opposed to the peace process that hoped to put an end to hostilities with the Good Friday Peace Agreement in 2008.

The film’s title is no joke. Derry mother Majella O’Donnell actually took her drug-addicted teenager Philly to be punished by dissident Republican paramilitaries, who refused to come to her home for fear of ambush, making her  visit their hideout for his anti-social behaviour. In this non-judgemental even-handed film, award-winning journalist Sinéad O’Shea strikes up a friendly relationship with a former IRA member-turned-community mediator, now suffering from lung cancer, and also manages to home-interview Majella, her husband Philly Senior (who was later knee-capped) Philly junior (18 when filming began) and Kevin Barry, a mere stripling, who shows us his arsenal of weapons including an axe; bolt-cutters; a saw and a mallet – in the open scenes of this hair-raising documentary. 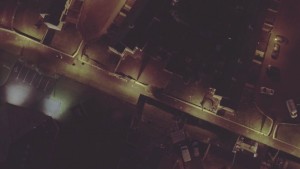 O’Shea’s investigations are unsettling and compelling. It emerges that the locals would rather be killed than give information to the Police, so they continue to tolerate the insurgencies which have become a dyed in the wool symptom of this toxic rift between the two sides. One man claims the intolerance is as entrenched in the locals “as asking a Black man to accept the KluKluxKlan”. O’Shea discovers that far from happy with ‘peace’, young Kevin Barry even wish the Troubles were still raging,  None of the O’Donnell family are in employment as each day they feel they are living out the nightmarish scenario of drug-addiction and aggression from the outside, although in the final scenes before her husband’s shooting, Majella claims to be having ‘a good year’ with Philly junior expecting his first child and Kevin Barry on a more even keel emotionally at 15. Driving around the grim and rain-soaked streets, it is shocking to witness so much anti-British sentiment with menacing slogans painted on the walls of buildings. We are even privy to a twilight raid by masked gunmen that brings back those horrific TV images for those who remember the era. The final scene feels almost as if the Dark Ages have returned to modern day Britain.MT