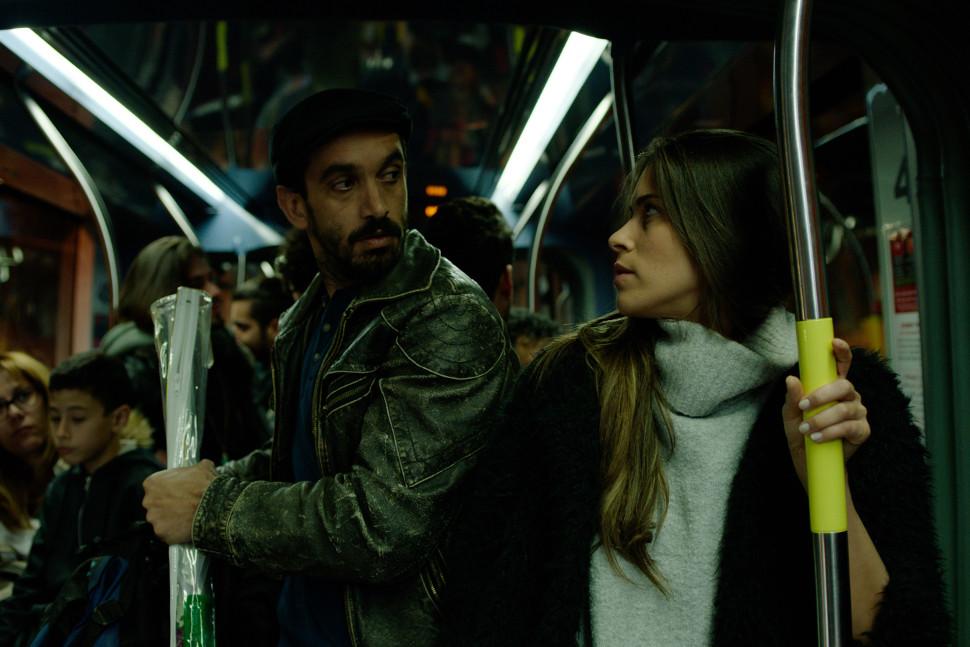 Israel is a complex nation of multiculturalism – and none better to convey this than author/ filmmaker Amos Gitai in his fraught and frustrating drama A Tramway in Jerusalem.

His characters seem trapped on a freewheeling journey to nowhere, going round and round on what seems like an endless trip on London’s Circle Line – the fact is they’re all in the same boat: gentiles, Hasidic Jews, Ashkenazim, Sephardim, Israeli Arabs, Palestinian Muslims and Palestinian Jews. Gitai’s embraces the chaotic nature of these Semitic people – they argue, cajole, console, sing and debate – but they are rarely silent.

The film opens with a smiling woman singing an operatic song, a man plays the oud. Mathieu Almaric slouches back on a seat with his son, visiting the city for the first time he is delighted to be there finally. A group of Hassidic men chant a religious chorus. This series of sketches trundles along offering a taster for those who have never been to the country but have heard a lot about it – and it’s very different on the inside. One Palestinian woman has a Dutch passport through marriage, another has lived abroad but they share common ground. Anyone without an Israeli passport usually gets a hard time, and Gitai shows this happening to the Palestinian woman. There is even a Catholic Priest (Pippo Delbono) who rambles on incoherently. And black humour features too – the Jews have survived by sending themselves up. In the funniest sketch, a mother is lamenting her son’s lack of a wife, he listens – rapt, while all around their fellow passengers banter and debate the issue off screen. This is Israel in microcosm. MT