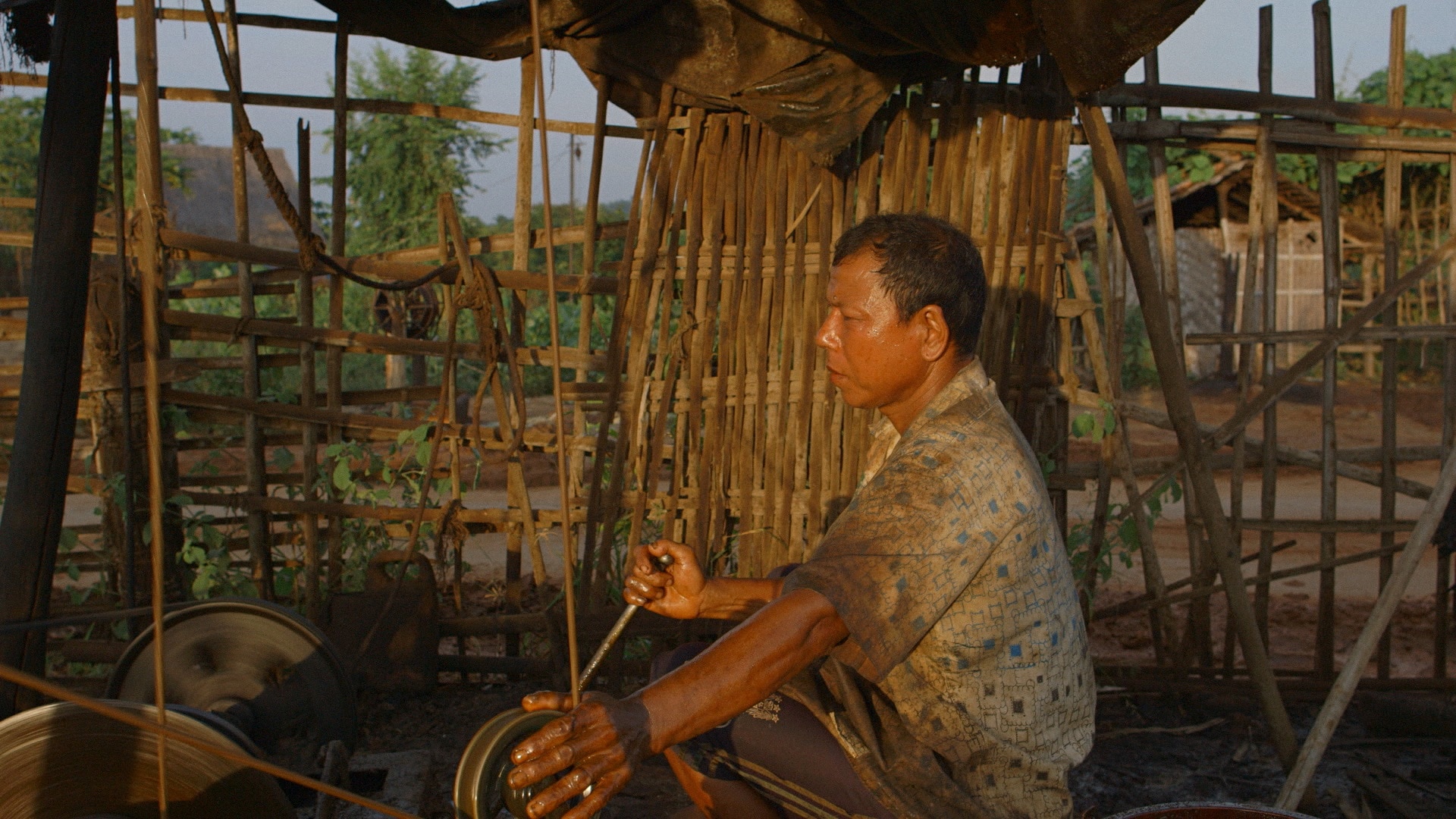 The day to day life of a family in the Magway region of Myanmar, home to the largest number of unregulated oil fields, vividly contrasts the past and the present. Myanmar – the former Burma – was once best known for its paddy fields but nowadays farming provides only a minimal income in this shift from agrarian to industrial lifestyle.

Thein Shwe and Hitwe Tin are a married couple who, like thousands of others, followed the oil-rush. now eking out a meagre living from their ‘home-based’ production of less than a barrel day. Even though this is still more profitable than working the fields, the work is just as gruelling and unpredictable. And although rigs are machine-powered: ropes and wheels drive the piston – the operation is controlled manually, like in the 19th century, before drilling became industrialised. And the oil reserves are rapidly running out.

The opening sequence is a flaming blaze of fire setting alight a landscape full of derricks and make-shift huts. Clanging, humming and banging fills the air, mud and oil are everywhere, and humidity makes the work even more arduous with Thein Shwe constantly covered in grime. But the future doesn’t exactly look promising with the parents still doing the manual work, while their three teenage children were supposed to bring financial relief through their education. But they’re not much help on that front. One of the sons Zin Ko Aung still lives at home but is unreliable, having left High School without a degree he’s now drifting between the pass and the future although one of his qualified college friends earns good money as manager of a textile company.

Thein Shwe is highly critical of Zin but realises that the teenager should make the best of his talent for football. The local Soccer Academy coach offers him a place and his parents drive him there. But the Coach then tells  Zin “to cut all ties with his family”.

Meanwhile the couple resort to their Buddhist faith and Fortune Tellers who offer a comfort of sorts: Thein Shwe being told not to be greedy. A somewhat scary ritual ‘Feed the Dragon’ is connected to their work environment.

Farouky keeps his distance and even avoids social commentary. What we see is the parents’ abiding love for their offspring – a universal theme that never changes. The old-fashioned 4:3 format creates an intimacy connecting us all with it common threads. Shot by the director with a vibrant colour palette and wonderful night sequences, when absolute peace replaces the clamour of the day, A Thousand Fires is unremarkable but moving just the same. AS