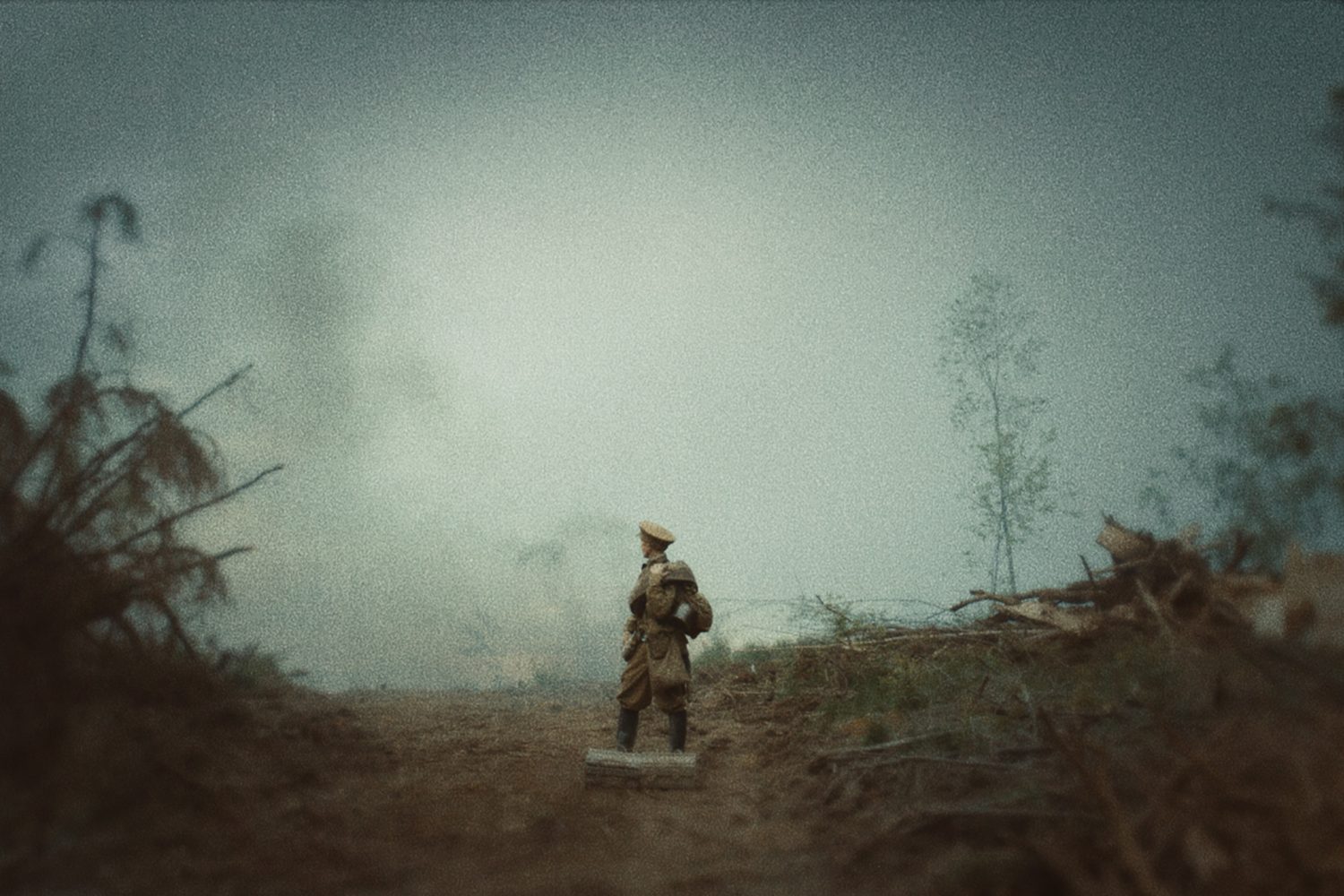 A Russian Youth sees its freckled hero blithely setting out for the ‘Great War’. But the pastural romance of the early scenes soon gives way to the terrors of trench warfare. Our vulnerable hero loses his accordion, and then his sight. But his keenness to continue the battle keeps him at the front and deployed to listen out for enemy planes at the giant metal pipes that form a kind of early-warning system. Talk about using the difficulty!

Capturing the evocative poignance of Wilfrid Owen’s poetry, especially his keen ear for sound and his instinct for the modulating of rhythm, this small gem certainly conveys the “pity of war”. Its faded images transport us back to the greatest tragedy of the early 20th century: life would never be the same again. But there’s also a stylised, abstract quality to the grainy sepia-tinted footage. The camera follows the febrile action with an atmospheric, jerky quality, so reminiscent of the age. Cutting away frequently from the action slightly spoils the narrative flow of this delicate fragment of yesteryear, re-ignited by contemporary relevance. MT