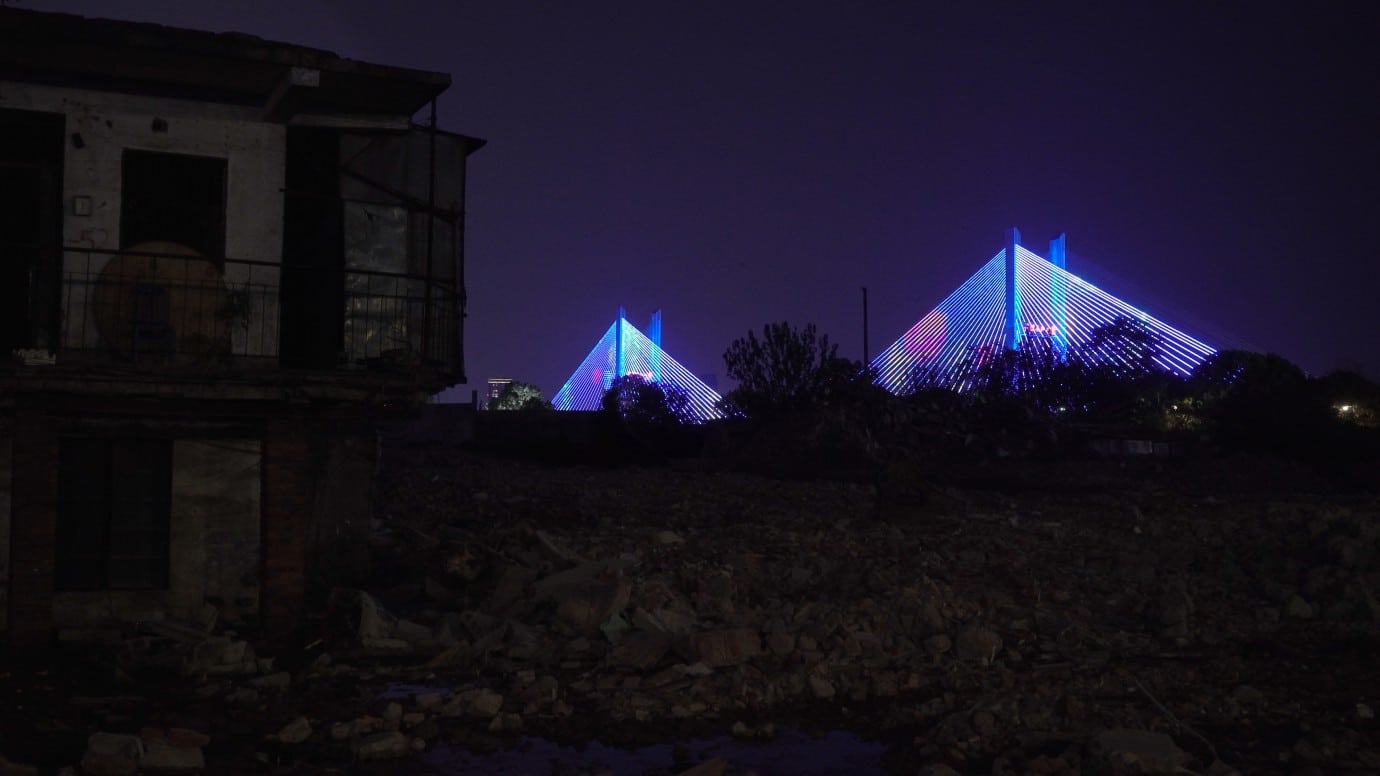 
“it is not the voice that commands the story: it is the ear.” Italo Calvino

Chicago based Chinese filmmaker Shengze Zhu follows her Tiger award-winning documentary Present. Perfect (2019) with this acutely personal almost Proustian love letter to the past. Serving as a paean to pre-pandemic times but also a poignant reflection on how the world continues to change, not always for the better. It also serves as a humble apology for a town she never particularly liked anyway. The town is Wuhan.

Several years ago no-one had ever heard of the infamous city that sprawls along the Yangtze River in Northern China, and whose wet markets would soon breed a global health crisis that would help to decimate our lives. Many of us now feel a complete dislocation from our pre-Covid past. The life we knew, before the pandemic took hold of ‘normality’, is changed forever. The innocence of spontaneity is also gone, another nail in the coffin of freedom – rather like that of post 9/11.

Back in 2010 when she left for America, Shengze remembers the burgeoning industrial metropolis of Wuhan as ‘a stage on which people perform in various ways’ a landscape formed by nature and then dramatically assaulted by roaring machines and rapidly rising infrastructure. A place where ‘memories are buried. The lost place’. But it’s the little things that count here, rather than Wuhan itself. The shop that sold her favourite spicy beef noodles, has shut down, the friendly owner moved away.

In her restrained and strangely alluring treatment Wuhan is very much a character who she remembers – but not always with pleasure. Casting her mind back to the past Shengze avoids nostalgia, instead reflecting on consequences in this contemplation of the past and the lost in a bid to revaluate what happened, and what could still happen.

Five years in the making the film starts in the very recent past, recorded on surveillance footage that pictures empty streets gradually filling again after April 2020 with figures standing in tacit obedience. The images of ‘before’ in the empty streets play out in a series of vignettes held for several minutes in a static camera, a ‘symphony without music’ is how Shengze describes them. Her decision to use the distant ambient soundscape is a wise one, making this so much more transcendent in its eerie beauty, picturing the bustling metropolis with surprising grandeur. There are also scenes of meditative calm – the neon lights of the suspension bridge are strikingly beautiful as they shimmer in the darkness.

A River is imbued with a vague feeling of wistful regret, the whirring neon-lit industrial present slowly pans out into the purple past in the fields beyond where buffalo still graze in contented torpor. And the Yangtze River is the endless glowing connective tissue that keeps on flowing, renewing, cleansing. No one can imagine just how vast Chinese cities are until they visit. But Shengze conveys some of this enormity in a way that never feels frightening or aggressive. Her memories are now locked in the past but the future keeps on coming. A reflective, positive, graceful film that brings hope from so much tragedy. MT