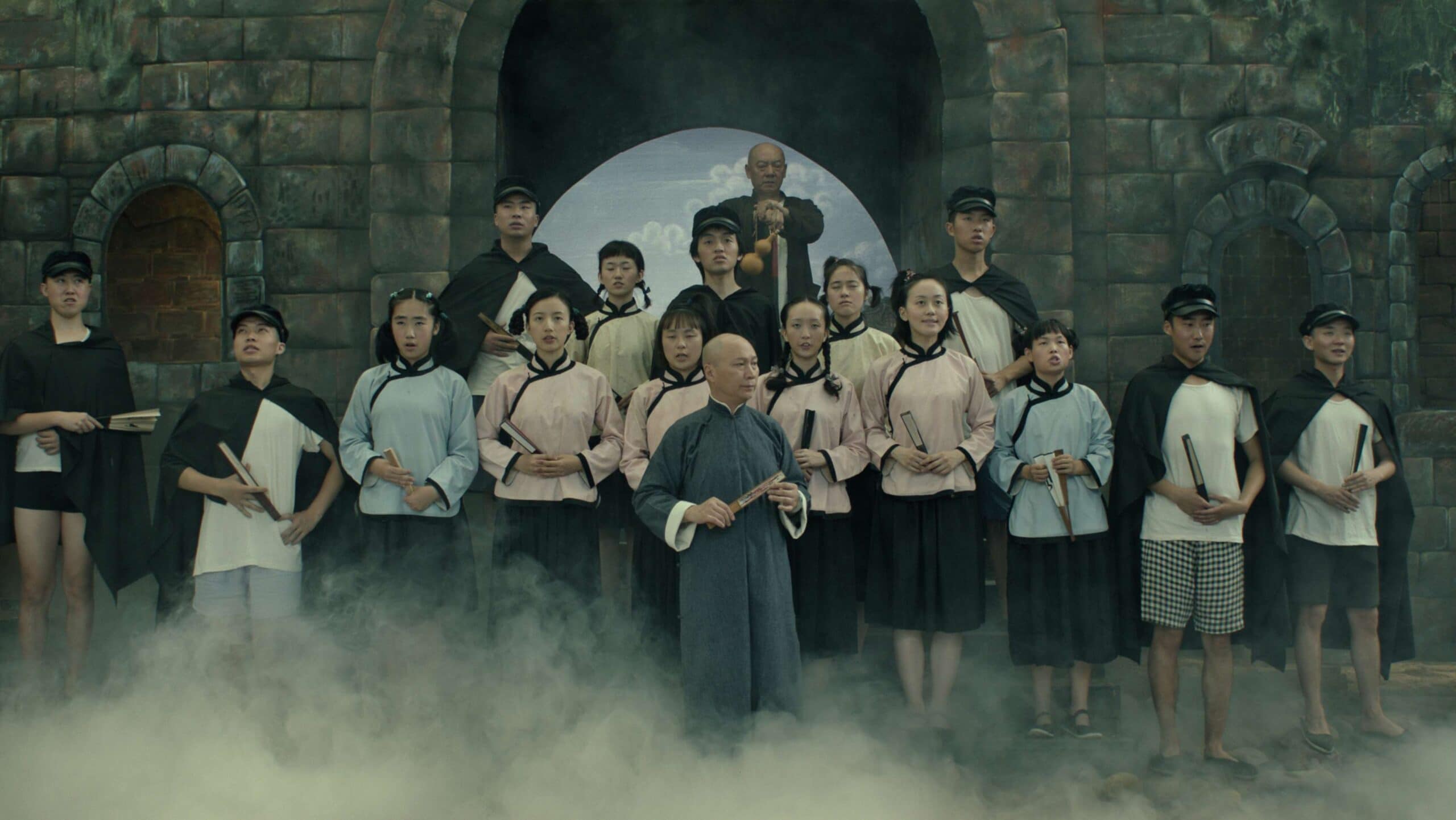 A New Old Play is the debut feature for Chinese writer/director Qui Jionqjiong, best known for his documentaries. A poetic journey through Chinese history in the turbulent years between 1920 to the mid Sixties, this in depth biopic mirrors the tumultuous career of legendary Hong Kong actor and clown Qui Fu (Yi Sicheng).

Shot in exquisite, washed out colours, resembling paintings of the era by DoP Feng Yuchao ‘Robbin’, A New Old Play echoes – aesthetically and contents wise – Theo Angelopoulos’ 1975 feature The Travelling Players. It’s a complex, self-indulgent but gratifying piece of filmmaking that requires a grasp of modern Chinese history (and the language) to be fully appreciated: Reading subtitles for three hours while taking on board the film’s aesthetic delicacy and rich detail is quite a challenge.

Qui Fu (Yi Sicheng) is called to perform for the King of Hell (a poetic way of describing death), who has sent two guards to accompany him on his journey where Qui recalls his life. It’s 1920, during the last knockings of the Sichuan Dynasty, and army generals will seize political office in a bid to survive.

After the Communist victory Qui joins a theatre group, the “Army of Culture” serving – as Mao dictates – workers, peasants and soldiers. The ‘Peoples’ Sichuan Theatre’ also agitates to keep citizens out of the Opium dens. But after Mao declares “The great Leap” forward with a rapid programme of industrialisation, the economy collapses, and people are literally left dying in the streets.

By this time Qui has already been married and his second wife (Zhang Zivi) is his own boss in the Propaganda Administration. After losing a baby daughter the couple adopt another child who they discover abandoned on the steps outside their home. Later the birth mother will reclaim the child, giving the pair a pumpkin as a reward. Joy comes with the birth of a son, Ah Hei (Xuchun), who will grows up to join Beijing’s Red Guards after Mao’s “Cultural Revolution” puts students in charge.

But Qui’s career then takes a downturn when is captured and imprisoned in a cowshed by the authorities who consider him an enemy of the people. Seizing the opportunity to her own advantage, his wife goes on stage to condemn her husband, but refuses to endorse the accusations against him, even though she is warned by the government: “Do not let marital relations obscure class contradictions.”

Pocky too, has fallen on hard times, hailed “a reactionary Warlord.” And while Ah Hei tries to make his way back to the capital on a flying broomstick, his father is released and will, when fully rehabilitated, play villains on the stage. Meanwhile Qui’s eventful career sees him once again on his way to Hell where he is brainwashed with a poisoned tea in a tragic denouement. A comprehensive look at the not so glamorous world of the Chinese theatre in the mid 20th century but not for the feint-hearted.