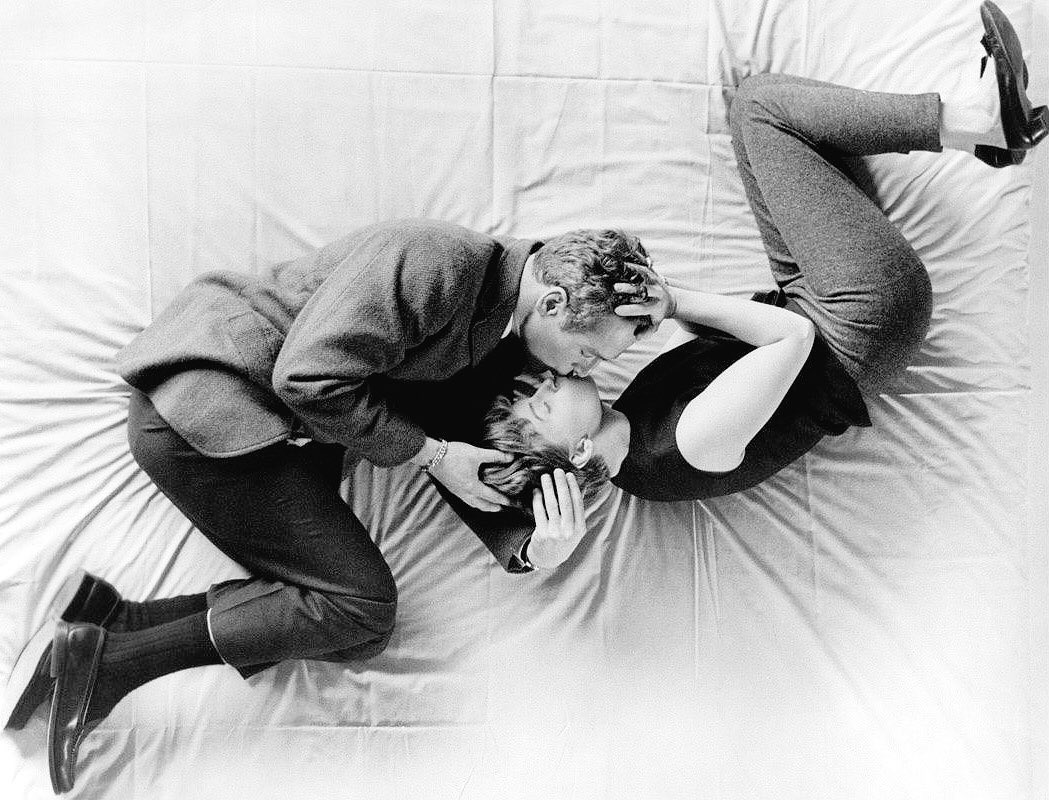 One of the funniest things The Marx Brothers ever did was attempt to pass themselves off as Maurice Chevalier singing the title song of this ghastly misfire to bluff their way through customs in Monkey Business (1931). Over thirty years later Chevalier here puts in an appearance to briefly warble it himself; which simply demonstrates that they did this sort of thing better in the thirties and that Paul Newman couldn’t play comedy.

Rehashing the old chestnut that short hair and a suit equals frumpy, and that tarting herself up and plonking on a blonde wig and several pounds of slap automatically makes an already delightful woman irresistible. The plot resembles a leering cross between Ninotchka and Two-Faced Woman on which glossy Technicolor photography by Daniel Fapp and fanciful colour effects by George Hoyningen-Heune have been squandered. And it all thinks it’s a lot cleverer and sophisticated than it actually is. Years later they used one of the photos to headline the Cannes Film Festival, bringing the film back into the collective conscience, so that served a purpose of sorts. Richard Chatten