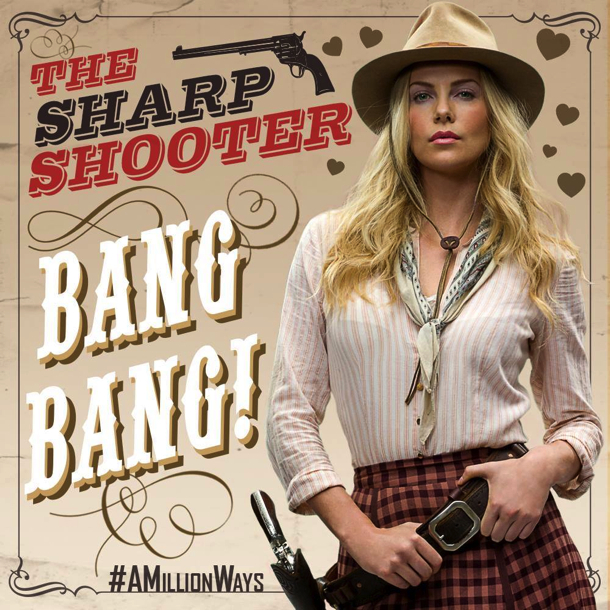 It is difficult to imagine that Seth MacFarlane could have made TED look like a masterpiece, but with A MILLION WAYS TO DIE IN THE WEST he has easily succeeded in this task. Whereas TED had at least some sparks and original ideas (the humour was already off), A MILLION is an absolute disaster. It is difficult to find something that worked, but a short synopsis might give you an idea: MacFarlene himself is a very weak lead as Albert, the sheep farmer, who is left by his girlfriend Louise (Seyfried) for Edward, the moustache merchant. Liam Neeson is the mean gangster Clinch, whose beautiful wife Anna (Theron) falls in love with the pathetic Albert, who eventually kills Clinch in a shoot-out with the help of a poisoned bullet. Add Sarah Silverman as Ruth, the whore with a golden heart, (who doesn’t want to sleep with her boyfriend because she doesn’t believe in pre-marital sex), and then douse it all with a horrendous amount of toilet-humour for two very long hours and you are there.

Everything is always topped by something worse: the cardboard characters are played by so-called stars whose limp performances suggest that their minds where light years away from the film set. And if there would have been something like a cliché-counter, the machine would have imploded midway through the film. To give you an example: when Seyfried’s Louise rejects Albert, looking at him with her big eyes, Anna puts her down with “how can you have so big eyes and be so blind”. But MacFarlane is not finished; in a later scene, when Albert has a nightmarish, drug- induced dream with the Indians, Louise reappears, her eyes big as saucers.

Any comparison with Mel Brooks BLAZING SADDLES (1974) derisory and akin to comparing the work of a very capable artisan with that of a dilettante. Whatever the critical value of the early “Family Guy” and “American Dad” TV comic-strips, MacFarlane has lost any right to be taken seriously any more. In one of the flashbacks in A MILLION, young Albert is seen putting a tooth under his pillow, expecting the tooth fairy to reward him. But by next morning, he finds horse shit under his pillow, his father triumphantly announcing that fairies don’t exist. This shows that MacFarlane in his demise has sunk so far as to make fun at the expense of the weak, the worst sort of humour possible. AS