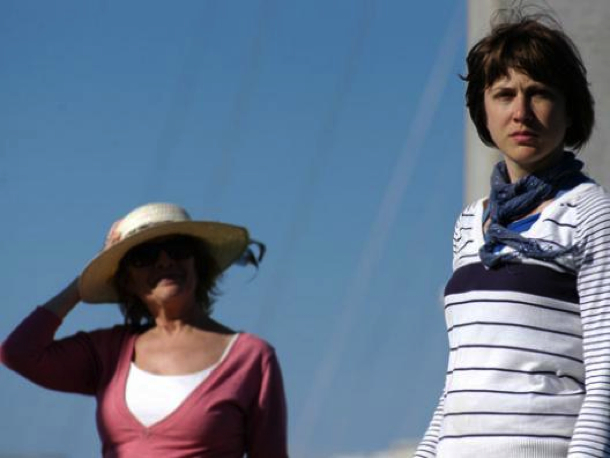 A subtle and sophisticated story of emerging lesbian love and generational conflict that navigates choppy waters, exploring the relationship of three woman: a mother, her daughter and girlfriend, embarking on a sailing trip on the Chilean coast.

Using water and the shifting weather patterns as a barometer for the myriad emotions that emerge during the trip is a clever metaphor for confusion, calm and conciliation in this immersive debut feature from writer and director Fernandez Constanza.

Roberta (Andrea Moro) wants to develop her relationship with her actress girlfriend Javiera (Francisca Bernardi) but is concerned about her conservative mother Ana’s (Mariana Prat) approval.  As the three get to know each other more deeply during the holiday, initial awkwardness gives way to a raw intensity as intimacy develops and sins of the past emerge to complicate matters.  Set against a backdrop of  stunning seascapes and scenery in Santiago de Chile, the trio are gradually divested of artifice; personalities and thoughts laid bare to the elements.

Rich and full of interesting insight and dramatic punch, this is a film worthy of its subject-matter and should appeal to both LGBT audiences and the art house crowd.    MT