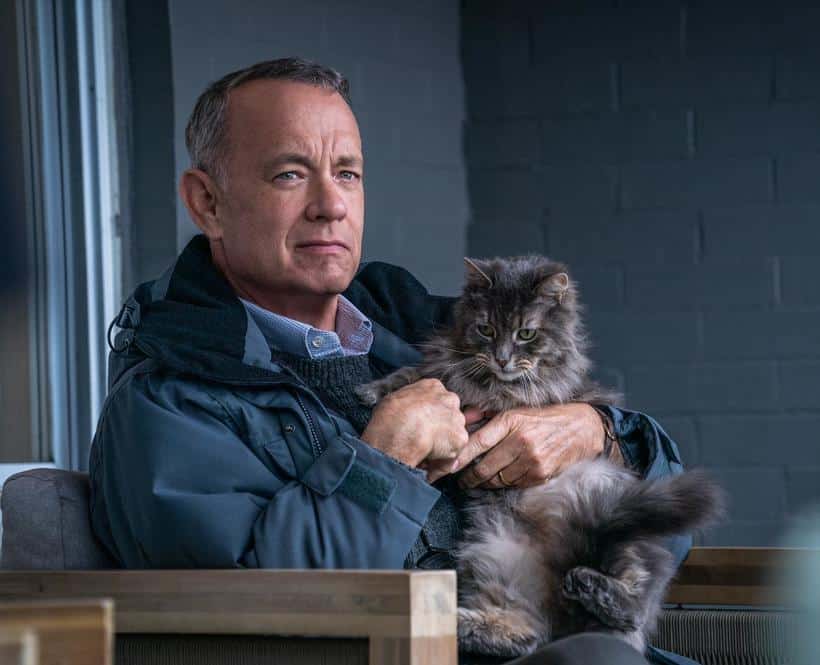 This lightweight user-friendly remake of Hannes Holm’s dour original A Man Called Ove (2015) is styled for the American market, based on a bestseller by Fredrik Backman. It stars Tom Hanks as Otto, a lonely pensioner suffering from the recent death of his beloved wheelchair bound wife Sonja (Keller).

On a condominium outside Pittsburgh, Otto is Pennsylvania’s answer to Victor Meldrew, a miserable old buffer hellbent on bringing rule-breakers to task, particularly parking offenders and neighbours who put their rubbish in the wrong container – there are so many to choose from. In flashback we see a much happier Otto (Hank’s son Truman), courting the bookworm Sonja in his petrolhead days when speed was his main thing.

Tragedy strikes on the way back from a day out at Niagara Falls when the two are involved in a road accident killing Sonja’s unborn child and condemning her to life in a wheelchair. An office tantrum soon sees Otto edged out of his long-term job, and a place on the condominium Administration Board. Otto then comes to blows with his  best friend and neighbour Rueben (Lawson) who buys a Japanese car, an act of treachery in Otto’s opinion.

But all is not lost – the very start of the film has already predicted a return to grace for grumpy old Otto who is seen buying a rope that leads to a botched suicide attempt. Otto now has new neighbours, the do-gooding twosome Marisol (Trevino) and Tommy (Garcia-Rullo). Marisol is pregnant again, and Otto offers her driving lessons and becomes a reliable babysitter. He also offers sanctuary to teenager Malcolm – now transgender rather than gay – after the boy’s father throws him out.

Hanks’ easy charm and bountiful bonhomie is the key to his casting, he can never be seen in a negative light – for long at least – so the rest of the film is bland and predictable. Gone is the quirky indie feel of the Swedish original and we are left with a feel-good story of schmaltz and saccharine, just saved by the production values and an humanising Tom Hanks. AS

NOW IN CINEMAS FROM FRIDAY 6 JANUARY 2023