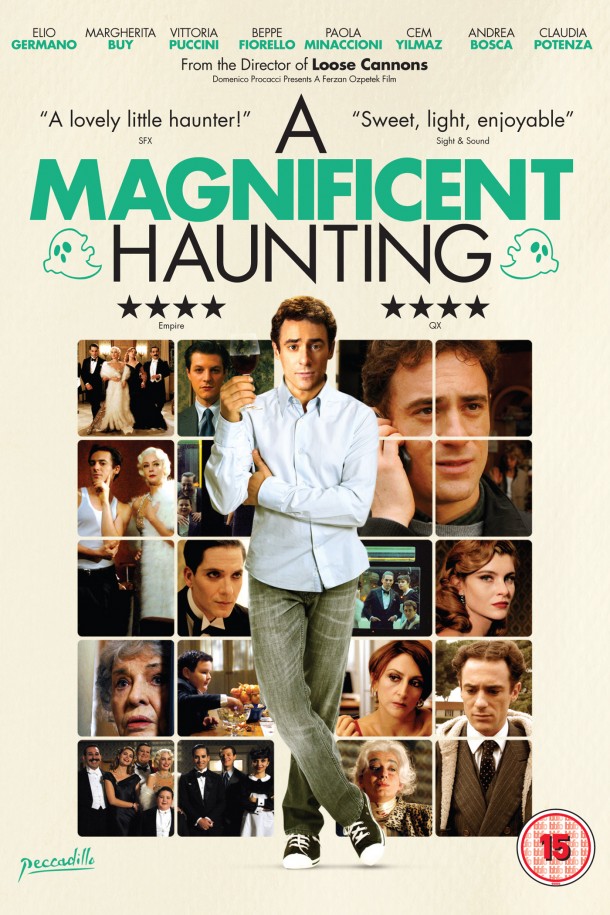 A Magnificent Haunting (2013) Now on DVD/BLU

Ferzan Ozpetek takes a spirited ghost story, adds a delicious Fellini-esque twist and offers up a quirkily humorous tale of wannabe actor Pietro (Elio Germano) and his uninvited house-guests. Sharing his newly-rented apartment with a troupe of 1940s ‘luvvies’ could be fun; the only catch is – they don’t realise they’re dead. 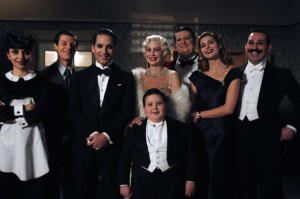 A MAGNIFICENT HAUNTING is a departure Ozpetek’s edgier indie fare.  It has the delightful (and much under-rated) Margherita Buy, best known for his drama Le Fate Ignoranti, and exultant here leading the kindly ghosts and giving Pietro acting advice and impromptu entertainment.

Colourful and upbeat, it certainly plays out as an appealing drama with s touch of fantasy and only a few wrong notes: an attempt to inject seriousness by delving into Fascist history misfires: better to have  stuck with the light-hearted elements given the overall tone of the piece.  That said, A MAGNIFICENT HAUNTING has a slick, commercial feel that will likely help Ozpetek engage with a more mainstream audience.  Good luck to him with this well-crafted, cheerful endeavour. MT