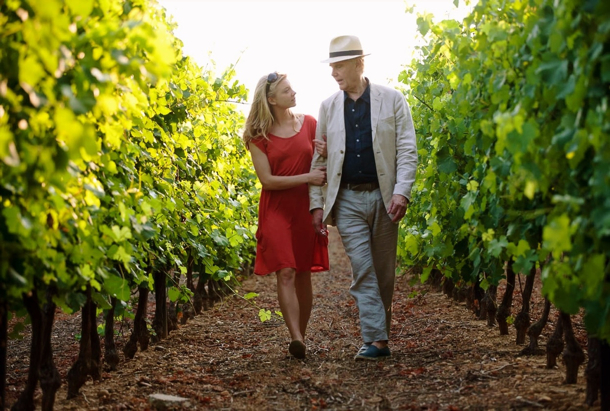 Sharing a dp (Ed Rutherford) with Joanna Hogg doesn’t guarantee the end result will produce her subtle brand of middle-class English drama. That said, this sun-filled story of elderly Brits in the South of France is not without merit, although dark clouds do occasionally appear.  Watchable and appealing, it successfully evokes the heady summer atmosphere of Languedoc-Roussillon with stunning visuals. 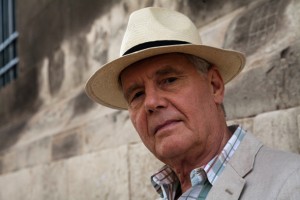 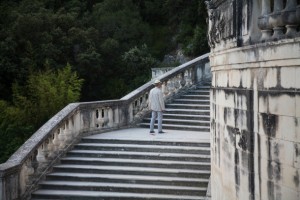 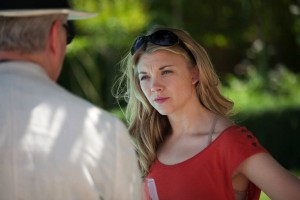 It also has the suave acting talents of James Fox as Joseph, a debonair gent in his early seventies who’s enjoying a leisurely but aimless retirement in Nîmes with his motherly Irish wife (Brenda Fricker) scrabbling about on the foothills of senility.  At dinner one night they meet a young couple on holiday – Suzanne (Nathalie Dormer/The Tudors) and Mark (Paul Nicholls/Life Just Is). The pretty blond makes a palpable impression on Joseph, with her perfectly blow-dried hair and delightful smile.

At first this feels like an upmarket version of Bergerac, with equally inane dialogue, but then a tragic accident proves Brenda to be worth her weight in gold and the narrative gains momentum. The following day Joseph meets the couple again and they head off to the vineyards in Joseph’s car – cue idle banter about their respective relationships. Nathalie Dormer manages to be sexy and sensitive as Suzanne but Paul Nicholls is slightly miscast: he does his best to play a slightly vulnerable geezer but this role would have been perfect for someone like Jack Davenport who was wasted recently in the (dreadful) Mother’s Milk. Joseph and Suzanne grow closer while Mark proves to be a bit of a lad, chumming up with a local wine-maker Robert, on a business venture. 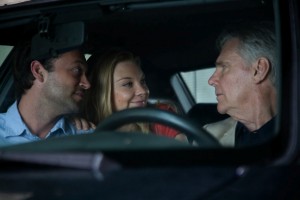 Virginia Gilbert’s well-paced  and convincing drama offers an insight into male sexuality and feels authentic and heartfelt (with echoes of the more robust Le Weekend). James Fox gives a poignant performance as Joseph; clearly smitten by a “late-life crisis” – his dormant libido flickering at  Suzanne’s frisky sexuality but his bittersweet voyeuristic moments (when he sees the couple later in the village) feeling sad and rueful rather than raunchy.  Ultimately, this is a story about revisiting the past with regret, about the quiet desperation of old age for those whose pleasure is not tethered to their family but to their cherished and much enjoyed sexuality.  A la recherche du temps perdu. MT

A LONG WAY FROM HOME RELEASES ON THE 6TH DECEMBER 2013