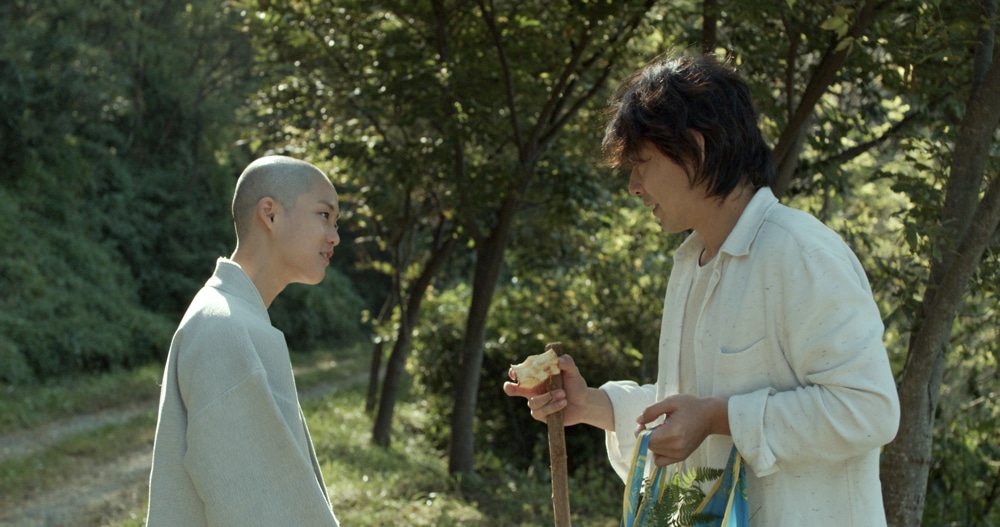 Life is what happens when you’re making plans is very much the order of the day in this inspired drama from Kim Mi-young. The story follows Yuncheol (Park Jong-hwan) who, now in his forties, has failed in his marriage, and his early promise as a talented sculptor has gone off the boil. But the winds of change bring a refreshing new boost to life when his artistically gifted daughter Gina (Lee Yeon) decides to drop out of college and enter a Buddhist temple.

Yuncheol, who himself once imagined becoming a monk, is not sure what to think of his daughter’s decision, but her confidence inspires him to explore pastures green and this leads to a romantic attachment with an independent-minded history lecturer (Kang Kyung-hun). A Lonely Island just goes to prove that even when we think are stuck in the doldrums the winds of change can suddenly blow in alter this mindset triggering a different perspective on life.

A sensitive and profound drama about the dynamics of social interaction and the meaning of life that resonates more profoundly at the narrative develops. Yuncheol’s life may seem static but his close relationships help him to develop and deepen in unexpected ways.