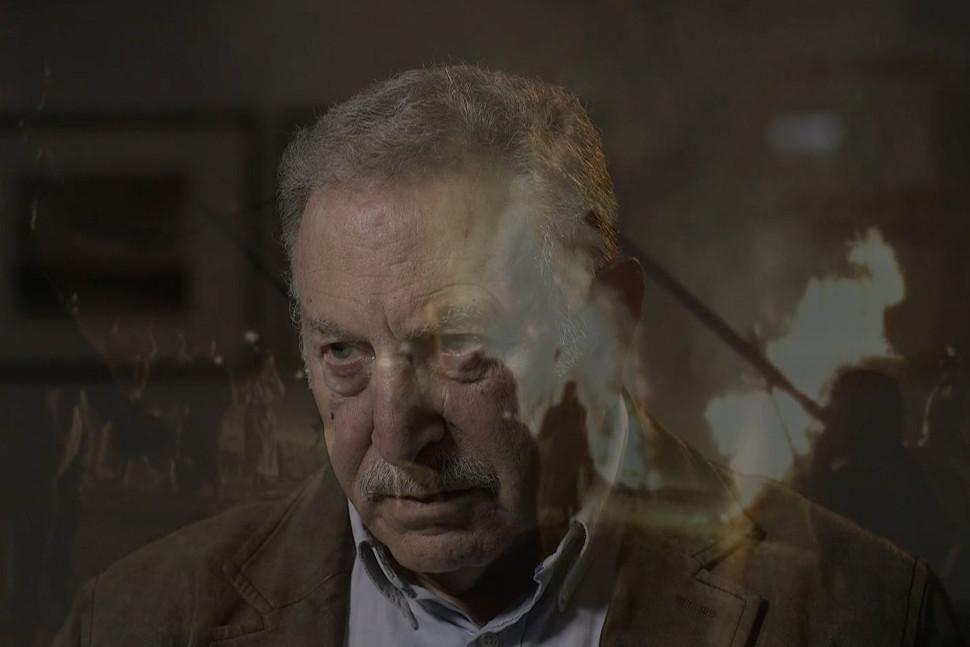 Israeli director/co-writer Amos Gitai (Rabin, the last Day) uses poetry to confront Israel’s on-going decimation of their Palestinian neighbours. Inspired by Albert Camus’ “Letters to a German Friend” (1943-1944), Gitai and co-writer Makram Khouri both express their hope for a future when “Israeli children will ask their parents what they have done”; with Gitai stating “I love my country too much, that I will not become a nationalist”.

The images on the huge walls separating the two nations make the Berlin Wall look decisively less threatening in contrast: DoP Oded Kirma’s camera nearly touches the monstrosity. Other scenes show Palestinian youths with slingshots fighting a professional Israeli army with machine guns; and the last image of the documentary is an antique painting of David attacking the well armoured giant Goliath with his catapult.

But it is words that take centre stage: Mahmoud Darwish’s ‘Think of others’ seems in parts like a direct reference to the destruction of water tanks in Palestine by the Israeli Defence Forces. But the poem ends lyrically.

The centrepiece is Amira Hass’ monologue about a hopeful future. Courageously, Gitai then sets the cat amongst the pigeons of today’s Israeli society: the parents’ response to their kids is that “they obeyed orders”. This was their excuse,  but it was also the excuse of the Holocaust’s perpetrators. Gitai once and for all sets a line in the sand, breaking a taboo: there is no longer any justification for the continuous war against the Palestinians, and there hasn’t been since the foundation of the State of Israel.

Allying himself with Camus on the question of the just war against the Nazis, Gitai comes very close to a “guilty verdict” for the State he fought for – and nearly died – as a soldier. He might have become the proverbial ‘candle in the dark’, but the likeliehood that the children of today’s Settler generation will leave their parents’ homes is very remote -metaphorically and practically. AS