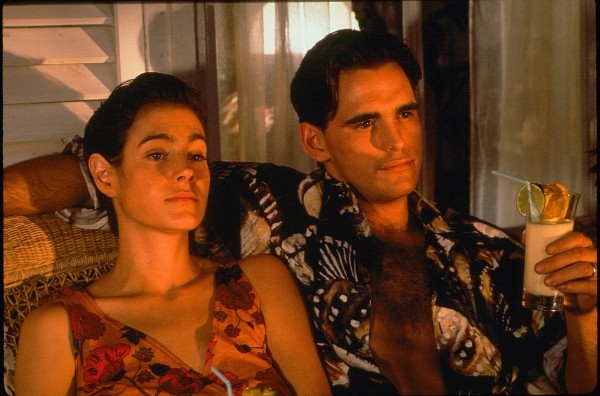 James Dearden’s drama of Ira Levin’s novel doesn’t hold a candle to Gerd Oswald’s 1956 version but Matt Dillon makes a chilling psychopath as Jonathan Corliss, a Philadelphia student with ideas of making it big. In order to realise his dreams he decides to marry money in the shape of rich heiress Dorothy Carlsson (Sean Young), but things don’t go according to plan and he ends up murdering Dorothy and moving on to her younger sister Ellen (also Young), who becomes obsessed with investigating her sister’s death. A strong support cast of Max von Sydow (Thor Carlsson) and Diane Ladd (Mrs Corliss) fail to save this rather lucklustre affair although Sean Young is captivating in her twin roles despite winning two ‘Razzies’ in the Rasperry Awards in 1992. MT