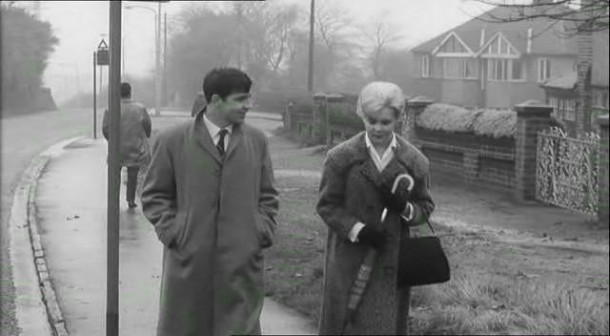 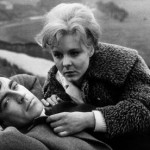 John Schlesinger’s debut was a screen adaptation of the first part of Stan Barstow’s trilogy that followed its protagonist Vic Brown through a loveless marriage and divorce in a ’60s Northern mining town. Its understated style and touching lack of pretension was in stark contrast to Schlesinger’s later more stylised outings but it exposes with astonishing attention to detail the humdrum world of ’60s lower middle class England away from the ‘Swinging’ image that often epitomises the era in cultural references.

Alan Bates carries the film as the aspirational Vic Brown, his star quality and dark charisma towering over a sterling British cast with some thoughtful turns from June Ritchie as his clingy girlfriend Ingrid Rothwell; James Bolam, as his friend Jeff and Thora Hird as Mrs Rothwell. There is a wonderful vignette with Leonard Rossiter and even a Brass Band performance – so popular of that era. But Vic is trapped by Ingrid’s small town mentality. Structure-wise the film lacks fluidity but it is beautifully captured in glowing black and white by Dennis Coop (The Third Man); its caustic dialogue brilliantly scripted by Hall and Waterhouse and remains a ’60s classic. MT

OUT ON BLURAY | DVD | EST COURTESY OF STUDIOCANAL.

NEW RESTORATION screens on JULY 29 at CURZON CINEMA, Bristol as part of the Cinema Rediscovered series.