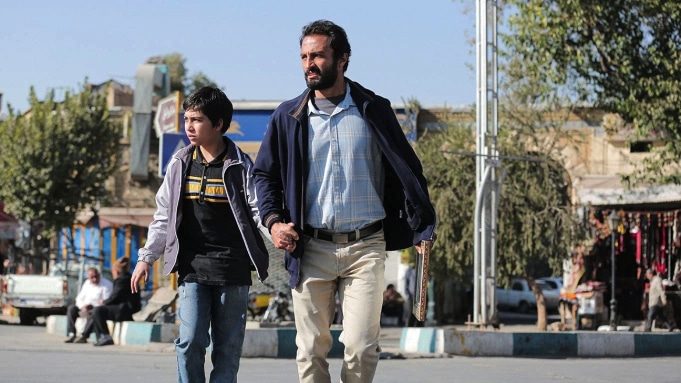 Another moral satire from Asghar Farhadi that mulls over truth, honesty and family life in modern Iran.

Lowkey in its sober setting but brimming with a growing complexity the story takes place in and around a modern prison in Shiraz where the likeable working class hero Rahim (Amir Jadidi) is a regular visitor for his various petty crimes involving debt.

The Royal Tombs of Persepolis provide a striking showcase early on when Rahim meets up with his brother brother-in-law (Alireza Jahandideh) to discuss ways of refinancing his life and paying back the money he owes a former other brother-in-law, Bahram (Mohsen Tanabandeh), who won’t let him get away with a penny, determined him suffer over the divorce. Meanwhile Ramin is hoping to marry career-minded Farkhondeh (Sahar Goldust) once things are back to normal.

But the crux of the story revolves around a lost handbag containing a number of gold coins that turns up on a bus. Farkhondeh naively takes the bag home and Rahim tries to sell the coins through a dealer, but the amount offered doesn’t begin to cover the money he owes so he decides instead to put an announcement in the small ads, a relieved woman eventually coming forward to reclaim it.

This simple act makes Rahim a hero in the small local community boosting his self esteem with his family, and particularly his young son who has learning difficulties. But when the national press and TV get hold of the news his popularity leads to family jealousy, particularly for Bahram who digs his feet in over the money. And so Rahim’s naive act of honesty sets him back even further the envious family start picking, holes in story, and his motivations – they can’t quite believe him to be capable of such a selfless act. Rahim’s lack of confidence causes him to change his take on events and soon he’s the proverbial creek without a paddle, Farhadi deftly weaving a social media strand involving false news into his thorny narrative, just for good measure, once again triumphing with this immersive, elegantly paced modern parable in screening in competition at Cannes 2021