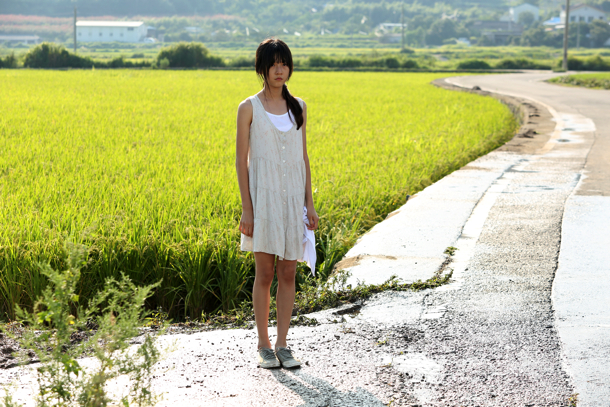 Set in a remote corner of countryside Korea, July Jung’s simple narrative centres on Young-nam (Doona Bae), a young Police Chief, seconded to the small community after misdemeanours in the capital Seoul. There she takes charge of the rowdy locals and drunks.  One family is particularly troublesome: the father brutalises his young daughter Dohee, encouraged by his batty mother who rides around on a truck. But when Young-nam takes Dohee under her wing, the problems start for the dysfunctional teenager. Caught between her own dodgy reputation with the Force and the mental instability of her protegee, Young-nam fights for her own professional survival in an environment that on the surface appears calm but is full of quirky surprises and unexpected pitfalls. July Jung’s subtle drama is embued with its own brand of gently subversive humour and affecting performances from Doona Bae and Sea-rom Kim in the central roles. MT