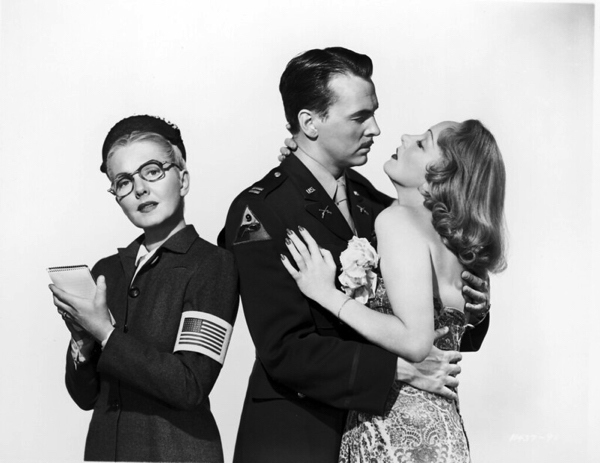 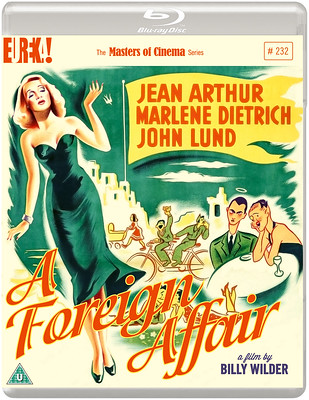 Shot in post war Berlin, the ruins of the divided capital a startling sign of the times, A Foreign Affair reunited Billy Wilder (1906-2002) with his star Marlene Dietrich. Both had met in Berlin in 1929, when Wilder interviewed Dietrich, who had a part in George Kaiser’s musical revue ‘Two Ties’ – the same year Wilder collaborated with Robert Siodmak and Fred Zinnemann (among others) for Menschen am Sonntag.

Phoebe and Pringle meet and realise they are both from Republican-dominated Iowa and this flirty encounter adds grist to the mix. Later, Phoebe and Erika are arrested in the ‘Lorelei’ unable to produce their identification papers. Down at the police station, Erika claims Phoebe is her cousin, and they both get off Scott free. But back at the apartment, when Erika reveals Pringle is her lover, Phoebe storms out humiliated, just before Pringle emerges arrives. But eventually love finds a way.

The shoot was no less fraught with emotional up and downs. Jean Arthur was jealous of Marlene Dietrich, claiming, claiming Wilder favoured her because of their history of working together. Once, in the middle of the night, Wilder, Jean Arthur and her producer husband Frank Ross turned up and caused a furore over some close up shots. Later, to try and smooth things over, Wilder offered Arthur the chance to be doubled in a rough scene where GI soldiers were required to toss her into the air. After rejecting the offer of the double, Arthur then complained Wilder had humiliated her.

The feature was very much a re-union party for the rest of the crew: composer Friedrich Hollaender had written the score, returning with Wilder from Hollywood having emigrated after composing the score to The Blaue Engel. And Erich Pommer, former boss of the UFA, was part of the production team trying to rebuild the West German film industry. DoP Charles Lang was nominated for an Oscar for his documentary style grainy black-and-white images. He would later collaborate with Wilder for Sabrina, while the director would go on to make One, Two Three with James Cagney in Berlin in 1961 – just when the Wall went up. AS