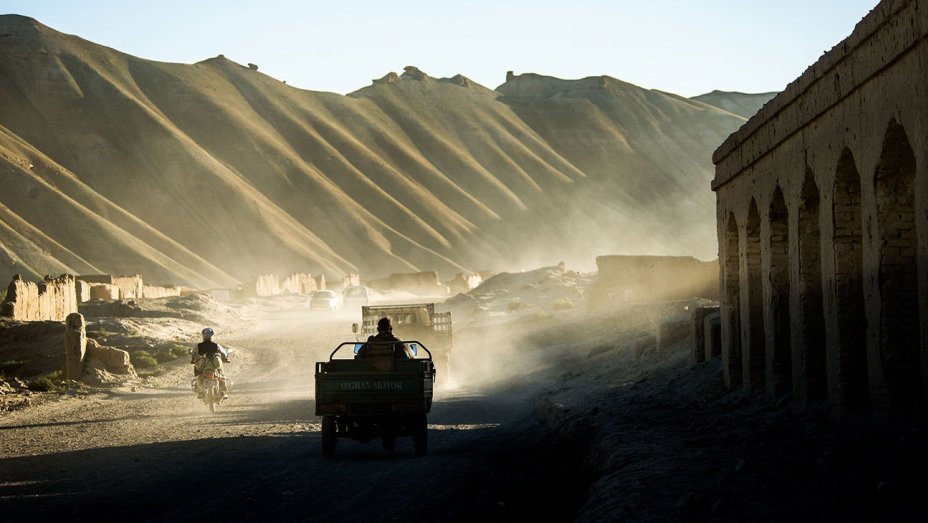 In cinéma vérité style, New Zealand director Pietra Brettkelly (Maori Boy Genius) follows Kabul film archivist Ibrahim Arify in his struggle to safeguard the security of the treasured Afghan film archive that has so far avoided destruction by the Taliban both during and after their time in Afghanistan. A FLICKERING TRUTH is a story that will interest film historians and those with a penchant for social culture and heritage.

What makes the documentary watchable is the painstaking passion of those involved in film preservation and cinema history which provides a fascinating window into the country’s past pictured in Jacob Bryant’s superbly crafted visuals and accompanied by a wistfully atmospheric soundtrack by award-winning British composer Benjamin Wallfisch (12 Years A Slave).

Arify is a masterful presence who knows how to deal with the locals when he arrives at the dusty location where film stock is in danger of spilling out and being damaged by the elements. It gradually becomes clear he has a mammoth task on his hands if the archive is to be saved. Under the Taliban (as under Hitler during The Third Reich) film and art were considered a decadent element of Western society and those in charge of the archives were forces to burn stock in massive bonfires. Fortunately, prudent archivists managed to hide their precious films which were remained cunningly boarded up for posterity.

It also emerges that Arify, is also a filmmaker who was imprisoned during the Mujahideen era and fled to Germany to seek refuge. Now back home in Afghanistan, he gently takes his Uncle Isaaq Yousif to task. The old man has been a custodian at the archives for over 30 years, and Arify accuses him and others of not being proactive in film conservation.

A FLICKERING TRUTH unearths some real treasures: apart from vibrant cult classics from a bygone era, the films also show young people dancing to a band during the roaring ’70s with a young Arify playing the guitar. On a more tragic note, archive footage bears witness to the bombing of Kabul in 1992, leading to a challenging and uncertain future for the country. It’s sad to think that some of these films show a past that feels more advanced than the present here in contempo Kabul – we see young boys playing football in fundamentalist attire in contrast to the fashionable Western clothes worn by the male and female ‘disco dancers’ nearly 50 years previously.

Having secured the archive, Arify is off to Germany again, fearing the worst for the future and bidding farewell to the personnel at Afghan Films. Despite the danger of coming face to face with the Taliban, some of the more plucky film archivists have decided to tour the country with a selection of films. The aim is to show the younger generation how their world used to look in a seemingly modern past. But these kids are not the only ones who will look on aghast. And this is where Brettkelly’s documentary moves on to the world stage, transcending its subject, and becoming something much important that resonates at a global level. While sharing the filmic glory days of the past with the Afghan nation, a more fascinating picture unfolds before our Western eyes: that of a medieval landscape and a society that has returned to the Dark Ages in a future where fundamentalism has taken over and women have entirely disappeared behind the veil. MT