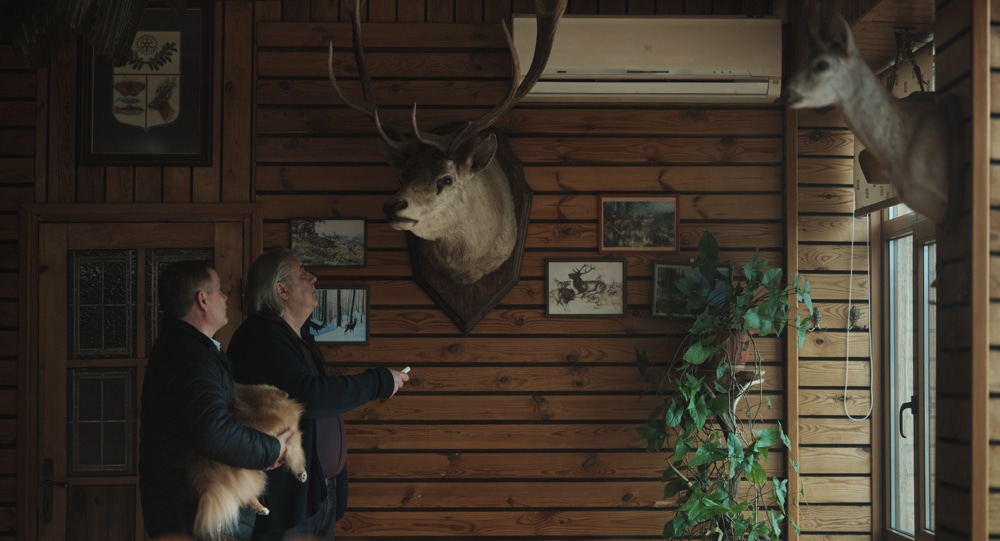 Don’t be put off by the rather banal title, this first film from Lithuanian director/co-writer Dovile Sarutyte is a small gem: genre wise, a trauma fuelled road movie that finds dark humour in the banal and the tragic when a young woman is suddenly confronted by the double blow of death and complex funeral arrangements. A time of mourning when we are forced to face the world at the most importune time.

In a Paris hotel we meet Dovile (Misiunatie), a young recording artist in her twenties, celebrating being young and independent with her two girlfriends Egle and Rasa. A day later, at work in her Vilnius studio recording studio in Vilnius, the world implodes with the sudden death of her father. The story continues as past happiness mingles with current anguish – home videos of Dovile’s childhood in the 1990s, and now the aftermath of family tragedy – a clapped-out Mercedes and a neurotic mother (Savicenko).

The two women meet Vladislavas (Lavrinovic) a greedy undertaker capitalising on their grief to sell them the most expensive funeral package. Afterwards, Dovile grapples with the Death Certificate from the hospital morgue, the cause of death was heart failure. Desperate for more detail to help her process her anguish Dovile learns that her father’s liver was severely damaged. The arrangements for the wake are also costly: 500 Euro for a one-day rental. “I could rent a concert hall for that” snaps Dovile and goes to meet Tadas (Jakstas), an old friend of her father, but not before the car breaks down.

Tadas has not seen Dovile’s father for more than six months but proves to be a ‘friend in need’. Father had stopped driving due to an alcohol problem, piling bewilderment onto her shaky state of emotional fragility. Gradually things come together, the Mercedes is repaired and Tadas finds a much cheaper venue for the wake: the boss of the funeral parlour, Zita (Maskarina), is a former flame. Dovile also makes a collage of photos from the family album telling her father’s life story in the wake room, where the urn looks solemn, a life reduced to a pot.

After the funeral, Dovile and her Mum make fun of Zita trying to re kindle her relationship with Tadas. But the laughter turns hollow, when it emerges Dovile’s grandmother somehow missed her lift to the funeral, and she explodes in anger: “You burned my little son”, insisting on a photo of the deceased in an open coffin.

The home videos show a joyful Dovile. But reading between the lines, the truth is quite different. Funny how we often remember the past with rose-tinted spectacles, bringing another strand of false memory to the narrative. At least Dovile and her father bought Christmas presents for each other, and this makes for a mellow ending to the traumatic and frustrating two-day adventure. DoP Eitvydas Doskus has kept up with the pace of the story, the images flying by, but his close-ups of Dovile, who is suffering from a worrying eye infection, are a testament to his skill of creating intimate moments. Dovile Saratyte is certainly a name to be reckoned with – you read it here first! AS