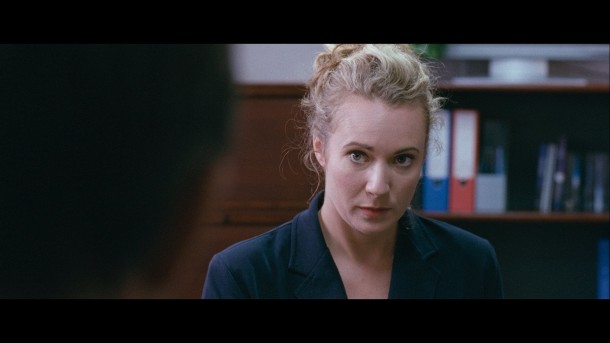 Tristan Loraine, ex-pilot turned filmmaker, tackles the dirty secrets of the aviation industry in A DARK REFLECTION, comparing the scandal surrounding the use of toxic organophosphates in all planes (with the exception of the Boeing 787) to the repression of medical facts by the tobacco industry for nearly half a century. The highly toxic tricresyl phosphate (TCP) is used in the oil which service the jet engines, which is then sent unfiltered as “bleed air” into the cockpit and the passenger section. The problem has been known to the airline industry since 1954, but only came to light fully after the smoking ban on flights, enforced in the 80s, when passengers started to complain about a certain smell in the cabins.

Unlike in his documentary WELCOME ABOARD: TOXIC AIRLINES  (2007), Loraine, who lost his pilot license in 2006 due to inhaling TCP, has chosen a feature film structure for A DARK REFLECTION, in a bid to engage a wider audience in his struggle against the cover-up of the airline industry. After a traumatic experience in the Middle East where her cameraman was shot in her presence, investigating journalist Helen (Sutcliffe) takes it easy with a stint at a local home county newspaper. Her boyfriend Joe (Herbert) is a pilot who has been suspended after a near accident which be believes was caused by some toxic air. Helen, with the help of cub-reporter Natasha (Ramnani), investigates more cases regarding near misses and passenger complaints with “JaspAirlines”, whose founder and chairman puts pressure on his CEO Tyrell (Dymond), to shadow Helen and Natasha. But the testament of a pilot (Tompkinson), dying of brain cancer, connects the airline clearly with the use of the toxic TCP. After Helen takes probes from the aircraft’s cabin walls during a flight to Glasgow, the toxicology report is damming for “JaspAirlines”. Tyrell, the CEO, pressured by his wife, has to make a decision for the forth-coming shareholders meeting.

Whilst an Australian Senate investigation in 1999 found proof for the connection between TCP and the (mostly short term) sickness of passengers and the more long term affects for pilots and cabin crew in the USA, the Californian Senator Diane Feinstein (Dem), has taken on the case with Federal Aviation Authority since 2010, Here at home, Baroness Mare called the repressed scandals of the air liners “a dark reflection on the industry”, giving Loraine’s film its title.

Working with a rather awkward script and some pretty clunky dialogue – at one point a middle-aged newspaper editor (played by Paul Antonry-Barber) says “Hello, how are you hanging?” – the ensemble cast manage to hold out in convincing performances, especially from Mark Dymond and Georgina Sutcliffe although Nicolas Day is slightly hammy as Mr Jasper. The camera’s panoramic shots pick up the glorious, sprawling mansions of owner and CEO, showing what they have to loose. Ironically, Loraine, who has clocked up 16 films as a producer and director (mostly documentaries) since his retirement as a pilot, was asked as a young man by his father to visit a film school but his love of flying made him choose an aviation career. MT/AS