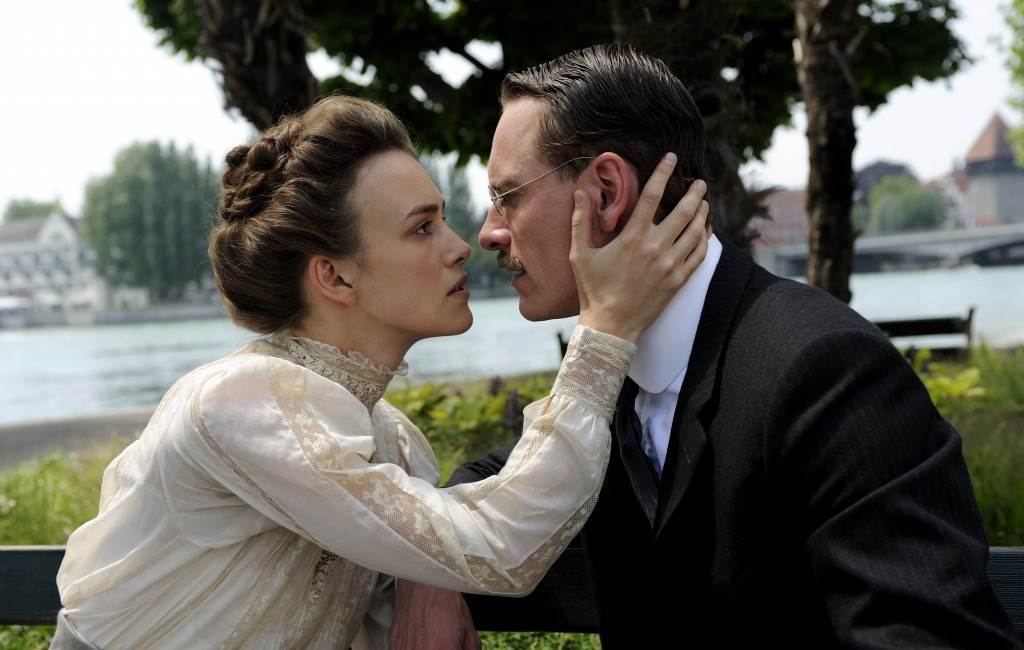 David Cronenburg is once again probing the world of the subconscious with this story about the beginnings of psychoanalysis based on Christopher Hampton’s play “The Talking Cure”.

Michael Fassbender plays a buttoned-up Jung seduced by the challenge of experimenting with a controversial new method developed by his mentor Freud (Viggo Mortensen) while attempting to break away from his influence. So far all very prim and proper and under control, not. Because into the Clinic steps Keira Knightley in the shape of Fraulein Spielrein. Supremely intelligent, she’s also sexually out of control and as highly strung as a rail of boned corsets. Persuasive yet out of his depth (and married) Fassbender attempts to train her in a battle between desire and rationalism and guess which one wins? There’s also an outlandish turn by Vincent Kassel as fellow analyst and debauched expounder of free love, Otto Gross.

In screens across London from 10th February 2012