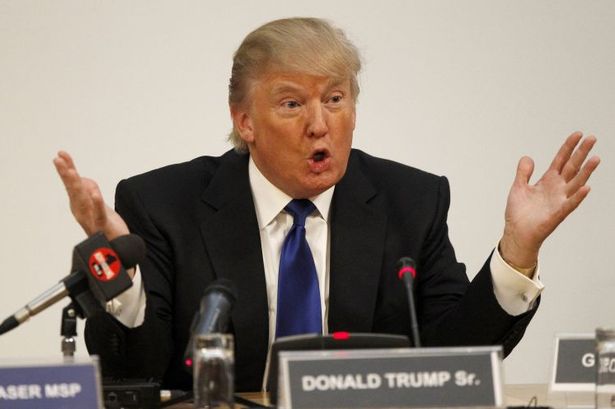 It is rare to see a director making so much progress after his first film as Anthony Baxter has made with A DANGEROUS GAME, his follow-up to You’ve been Trumped (2011). The latter was a more of a personal vendetta against the Leisure Tycoon, who imposed himself on Aberdeenshire to build his newest golf course, trampling on the rights of local residents and destroying the wildlife in one of Scotland’s last untouched nature resorts. It was not surprising that the Aberdeenshire planning authority did not give Trump planning permission for his project (including 1500 villas), since the county already has a staggering figure of 70 golf courses, for a population of less than a million. But the Scottish Government overturned the decision – and surprisingly, First Minister Alex Salmond did not wanted to be interviewed for the follow-up film – obviously being too busy to campaign for Scottish Independence.

At least the mayor of Dubrovnik, Andro Vlahusic, talked to Baxter. The filmmaker has followed Trump around the world, visiting the sites of current, future or past golf courses in Dubrovnik, Dubai, Long Island, Las Vegas and China. The city of Dubrovnik is designated as a world Heritage Site by UNESCO, so the Greg Norman designed golf course (plus villas) would, like in Aberdeenshire, destroy much of the environment. The citizens of Dubrovnik collected signatures for a referendum against the project, and won the first ever referendum of this kind in Croatia by a whopping 85.5%.

Mayor Vlahusic was quick to point out that only a third of the electorate took part, whilst the law requires a 50% participation. They might rue the day they did not bother to vote, because the project will go ahead; even though the UNESCO asked that works on the golf course will only go ahead once the Monitoring Mission later this year determines if the project is likely to jeopardise the city’s World Heritage status.

In Long Island, the site of Trump’s celebrated flagship golf course, the water supply relies on an underground aquifer. The use of chemicals, to keep the golf course green all year long, have given fear, that this water supply is in danger. Actor Alec Baldwin is one of supporters, trying to keep the purity of the water. He further points out, that the residents pay 16 times as much for their water, than Trump.
Trump’s Lake Las Vegas project has died an early death in 2008, developers going bankrupt with debts of more than $500. In the same year it was reported, that Tiger Woods had designed a golf course in Dubai (fee around $55m). Worker’s were paid a daily average of £4 – the cost of a villa they were building would have been £5m. But by now the desert has reclaimed the precious turf – but Trump has not given up to build at least one of 40 courses planned in Dubai. And even in Montrose, Aberdeenshire, the news are not good for Donald Trump: plans for the second golf course have abandoned. Somehow, Trump, who has shouted at the film maker publicly, had him arrested and never granted him an interview, has come to recognise the power of public opinion (at least a little): after Baxter’s film was screened by the BBC, Trump invited Baxter to his HQ for an interview. But the fact remains, that the cost of golf courses world wide is staggering: The DAILY cost of irrigating the world’s golf courses is the same amount it would take to support 4.7 billion people world wide with the UN minimum of water ($2.5b).

With A DANGEROUS GAME Baxter has not only succeeded in taking You’ve been Trumped to an international level, but with the help of Baldwin and Robert Kennedy jr. he has instilled some much needed background to his attack on the Trumps of this world. On an aesthetic level, the changing backgrounds have managed not to made the chase for Trump (shades of Michael Moore in Roger and Me) the complete focus of this documentary, underlining furthermore that this is not Baxter vs. Trump anymore. The glorious panoramic shots of breath-taking wild landscapes, in danger of being made into utilitarian golf courses offer a welcome break for contemplation in between the arguments. AS

OUT ON GENERAL RELEASE FROM 12 SEPTEMBER 2014