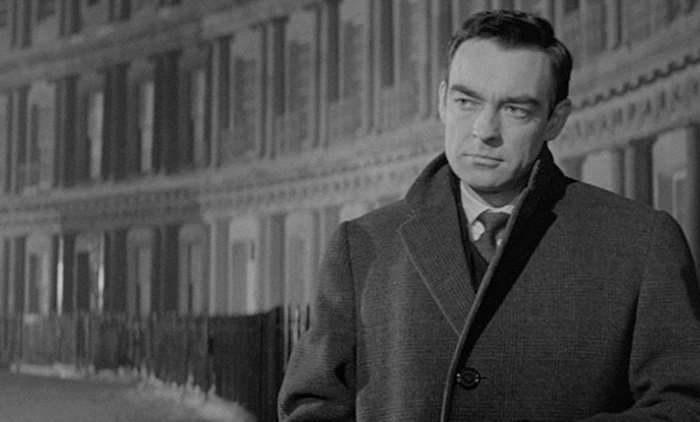 Another pandemic-themed gem on Talking Pictures is this prescient drama depicting the quarantining of Bath during a smallpox epidemic (based on Elleston Trevor’s 1957 novel ‘The Pillars of Midnight’). 80,000 Suspects follows close on the heels of the same director’s The Day the Earth Caught Fire (1961), which had anticipated global warming. To add further topicality to our current crisis there had been a real smallpox outbreak in Bradford the year before the film was shot.

Veteran cameraman Arthur Grant, who had vividly rendered Manchester in the late summer heat for director Val Guest in the tough 1960 thriller Hell is a City, does the same for a Bath again crisply shot on the widescreen in black and white and transformed into an icy wilderness by the great freeze of 1963 (which had served as a dramatic backdrop for several other notable British films then in production, including The Caretaker and The Servant). Both films were shot on the widescreen in black and white.

Despite having been a writer for Will Hay, Guest’s thrillers were always better than his comedies. Fat boy Graham Moffat (who had retired from acting to run a pub in Bath) pops up briefly as a local man passing out in the queue to be vaccinated, while a pivotal supporting role is played by Guest’s wife Yolande Donlan and ‘Daily Express’ editor Arthur Christiansen reappears from The Day the Earth Caught Fire, again playing a newspaper editor. Richard Chatten.