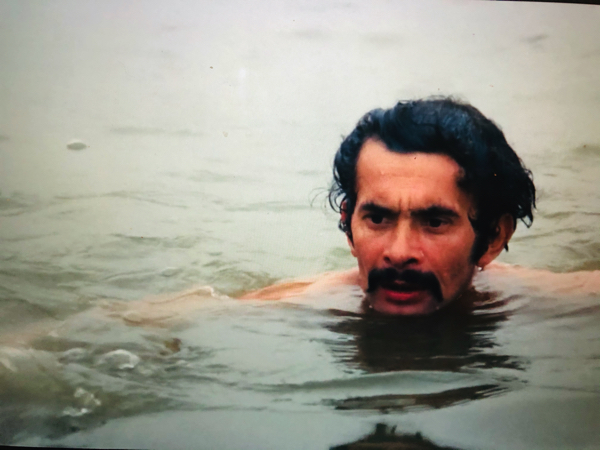 Prolific Hungarian director Sára Sándor (1933-2019) is best known for this patriotic historical drama, based on the true story of Captain Janos Lenkey (here known as Paal Farkas), set during the 1848 revolution. Europe is seething with rebellions against the tyrannical Austrian Empire, and the emperor even abdicates the throne. A regiment of Hungarian hussars are stationed in Galician Poland, serving out their enlistment time in the Imperial Austrian Army. The hussars just want to return to Hungary, but their superiors in Vienna have no intention of allowing that, knowing full well that they’d fight on the side of the revolution and not maintain their loyalty to the Austrians. When they receive orders to fire on rebelling Poles in Krakow, they refuse and head back to their homes.

András Korsos (Madaras) absconds from the army aiming to kick start a revolution in Hungary, overthrowing the hated Viennese. But he is soon captured and dragged to a small town where he is made to run the gauntlet, and is nearly whipped to death. Stories of his ill-treatment soon spread throughout the community leading to widespread protests, and a student is shot dead for hanging an effigy of an Austrian soldier during a Polish seminar. His rebellion is also derided by  an Austrian general, shown as pompous and arrogant, who lectures the leader of the seminar about the fruitless hope for a revolution: “Just a revolt, nothing more” His words are also meant for the Hungarian soldiers, who are furious about the treatment meted out to Korsos.

With its widescreen set pieces demonstrating the skill and rigorous training of the hussars in the mountainous terrain of the Carpathian Mountains this is a rousing drama, and there are moments of brutal violence as they trudge through the inhospitable landscape on their way back to their homeland under the leadership of Captain Farkas (Dózsa). Their downhill struggle is difficult to watch, many of the horses dying along with their masters who are bedraggled by the poor weather conditions, petty disagreements undermining their integrity. Finally, having made a prisoner from the Austrian army, who has followed them relentlessly, they tie him to a tree, setting off joyfully, after having heard Hungarian voices. But they run straight into a trap. After being captured, Farkas is courageous to the last, saluting his co-leaders Lieutenant Bodogh Szilvevezter (Tordy), and corporals Peter Acs (Jacint Juhász) and Istvan Csorgas (Csenhalmi) with his sword that has been broken in half by the commanding Austrian officer.

Petöfi, Hungary’s most famous poet raised the profile of Lenkey inspired by his bravery and sense of moral restitude. Co-scripter, Sàndor Csoóri, a poet himself instills the march through the fog and mist of the swamps with a lyrical brilliance that adds a heroic poignance to the endless misery. Korsos is so enraged by the loss of his men that he attacks his horse in a fit of madness, whilst another hussar threatens his starving fellow soldiers with a gun, in case they dare make a meal of his dead horse. There are many cross references to the failed revolution of 1956, asking questions about this recurrent theme in Hungary’s history. A powerful and often violent feature, 80 Hussars leaves the audience spellbound, but also traumatised. AS