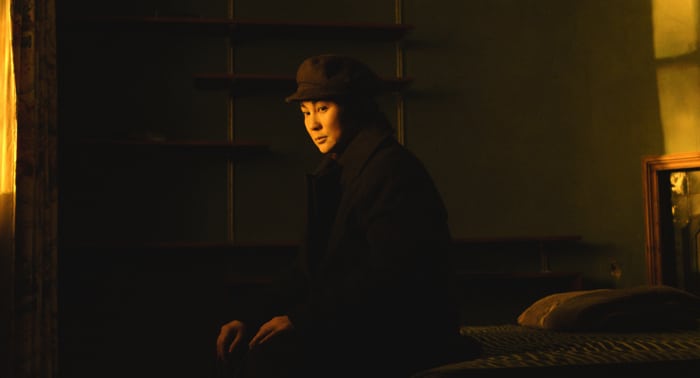 London can be a lonely place as two girls from Shanghai find out in this stylishly suggestive fantasy drama from Rafael Kapelinski.

The young cousins move into the neighbourhood where the infamous serial killer Denis Nilsen performed his grisly murders. Nilsen preyed upon young boys who had lost their way and fallen through the cracks of society trying to find work down south in the capital. Here the marginalised characters are female and come from much further afield to discover that life in the big city is just as dangerous as it ever was, and potentially more so, but are certainly cannier than their 1980s British counterparts.

Yiling and Yao are very much Ying and Yang, but when the more spiritual of the two gets a job at an estate agency with Nilsen’s old flat on the books she suddenly gets a nose for the money. Far from a ‘des res’ the dingy attic flat in Cranley Gardens, Muswell Hill becomes a potential gold mine attracting all kinds of undesirables obsessed with renting – but not buying – the property, and willing to pay any price for the pleasure. Hovering in the twilight certainly brings out the worst in the macabre visitors who will stop at nothing to gain access to the dank top floor premises: there is a professor with sinister sexual proclivities and a silvered tongued midget named Lee who echoes the dwarf in the Singing Ringing Tree.

Kapelinski assembles an eclectic cast of British actors alongside Tao and Lin who are no shrinking violets contrary to their delicate appearances. The standout is Miles Richardson who is really sinister as the posh Professor Laskey whose lewd suggestions meet with derision when Yiling lets him into her car.  Rather slim of plot but rich in atmosphere the Polish filmmaker cleverly works true crime into a strikingly imagined contemporary thriller that scratches at the edges of horror with a narrative that could provide rich pickings for more Nilsen-themed fare. MT