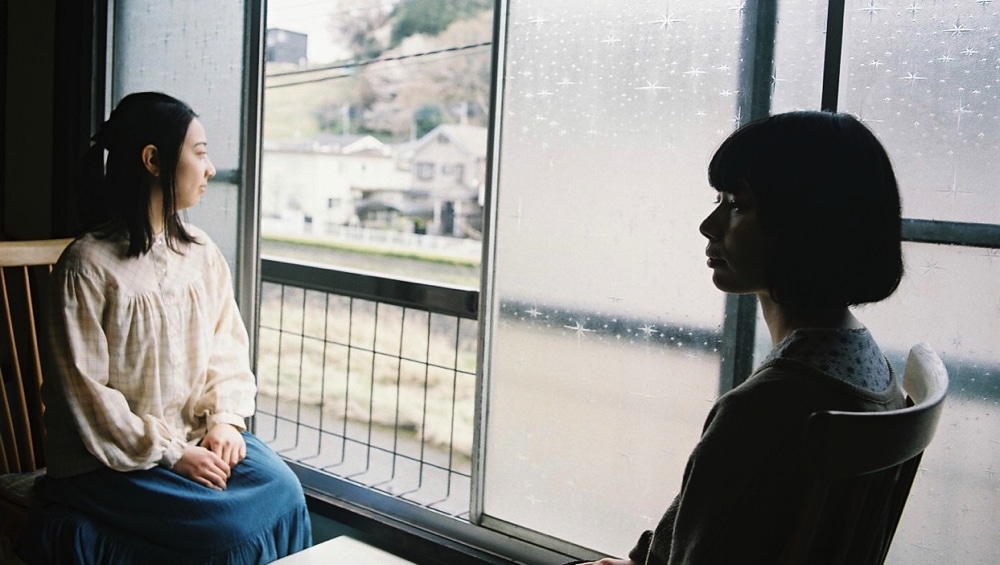 HARUHARA-SAN’S RECORDER won this year’s main award in the International Competition at FIDMarseille. Jury president Lav Diaz certainly related well to the leisurely tempo. The Japanese director describes his style as “probably different from the general method. I think most people start their different preparations after having originally completed the script, but in my case, I write the script in the end, after having settled the casting, location scouting and shooting schedule”. The result is an uncompromising cinematographic poem where windows, doors, balconies, staircases and thresholds have the same significance as protagonists’ emotions.

Based on a tanka (31-syllable one-line poem) by Naoko Higashi, Sugita creates a narrative-free universe fraught with feelings. Lockdown brought the production to a halt after the first day of filming, and the subsequent loss of a close friend had a significant impact on Sugita, and is reflected in his melancholy central character Sachi (Araki) who has now works in a cafe, dreaming of a partner who will never be at her side.

Essentially a series of graceful reflective vignettes that never fully play out, loss and recuperation are central themes throughout this subtle drama. In the opening scene Sachi (Araki) is saying goodbye to her flatmate who leaves no forwarding address. Family and friends arrive to share tea and sympathy. We see Sachi leaving on a friend’s scooter on the way to an amusement park dwarfed by a huge rollercoaster, but a cut propels us hours forward, with Sachi and her friend drenched by the rain.

Sachi then plays muse to a young filmmaker, her performance projected onto a high window, for an audience full of friends. The plot-free structure allows ordinary life to take centre stage, giving full rein to Sachi’s artistic endeavours: she creates a banner with calligraphic symbols of Wind, Forest, Fire and Mountain, which floats off in the breeze from her balcony. There is one amusing vaudeville scene when her uncle Takeshi comes to visit, and Sachi’s friend Taeko hides in an overhead cupboard, freaking the old man out.

DoP Yukiko Iioka creates delicate images, mostly tracking shots, giving this a very intimate, chilled out atmosphere. Chica Araki, in her acting debut, is a contemporary dancer and calligrapher whose ‘unbearable lightness’ is a captivating presence in this meditative oasis of calm. AS