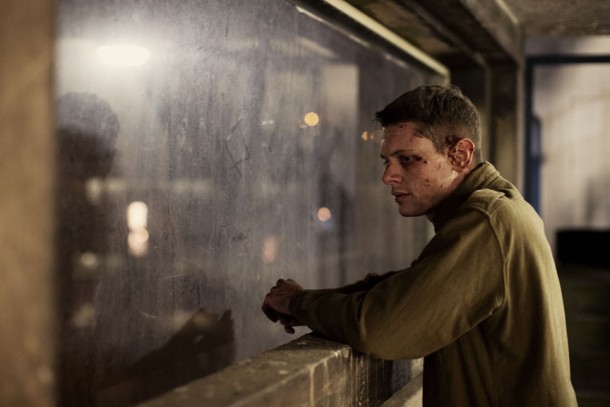 TV director Yann Demange (Top Boy) focuses on the bitter conflict in Northern Ireland in his feature debut ’71, in a tightly-plotted narrative seen through the eyes of a young British soldier (Jack O’Connell) left behind by his unit following a street riot. For anyone alive during the early Seventies, Northern Ireland was like another ‘Brexit’ only far more deadly – constantly filling the airwaves, TV and radio, with horrors like ‘tarring and feathering’ and daily reports of deaths and bomb blasts ‘in the Bogside area’. The Troubles’ and the terrible internecine warring in Northern Ireland is brought back with visceral clarity, and ‘71 contains some of the best street combat scenes ever committed to film. Demange has a masterful control of his subject-matter and delivers an utterly convincing and gripping thriller with a strong central performance from a young Jack Connell and a superb all-British cast including stalwarts of the genre Sean Harris, Sam Hazeldine and Paul Anderson. Gritty and unmissable. MT