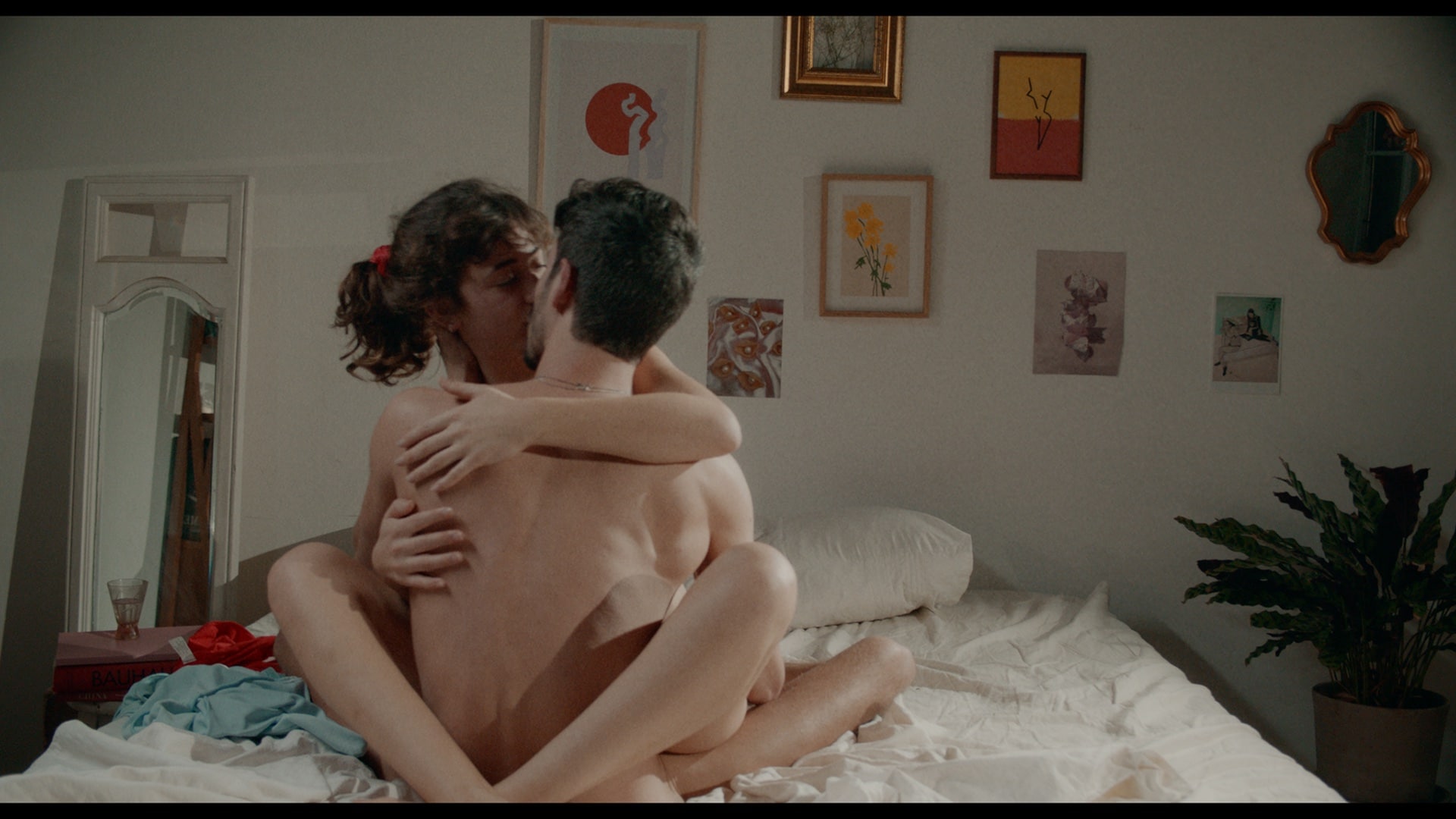 The sophomore feature of Israeli writer/director Hadas Ben Aroya is as enigmatic as the title suggests but after a while you may recognise an ultra modern low-powered version of Schnitzler’s La Ronde.

Ben Aroya explores personal freedom, commitment and generational dynamics but also questions a society permanently in conflict with itself. The story centres on a group of glib polyamorous characters who seem caught up in their trivial lives but emotionally disengaged from the world at large, and each other.

First up is the appropriately named Avishag who enjoys sexual encounters of the brutal kind, as we later discover. Then there’s Danny (Katz) who becomes fascinated by a dying butterfly on the way to a party in Tel Aviv, and contemplates taking it to the vet. She’s off to join her boyfriend Max (Levia) with a surprise announcement, but is greeted with an earful about the after-effects of another girl’s self-induced abortion when Danny reveals her own pregnancy .

Max, meanwhile, seems unfazed by Danny’s wonderful news. His focus is now on Avishag (Weil) and has surprising news of his own. He and Avi are planning a holiday to the Sinai peninsula. And while Danny tries to appear cool, telling Max not to do anything rash, she is clearly upset. But the next scene sees him in bed with Avishag. Post coitus, she confesses her love of rough sex, and this seems to make Max even more keen to satisfy her needs, bruises and all.

Later Avishag meets up with her neighbour Dror, an overweight man in his forties, and his out of control dog Bianca. Dror talks about growing up in a kibbutz and later attending a religious school where he found himself actually losing faith, to the chagrin of his ultra-religious parents who were furious when he left without finishing his studies. Suddenly, Avishag pounces on him, smothering him with kisses, clearly she has an ulterior motive but poor Dror falls for her advances, he’s so insecure about his body.

Meanwhile Danny is back at the party, still pondering the medical care of  butterflies. We know all this talk is meant to hide the film’s real motives. Danny’s encounter with Max proves the point. When Max tells Avishag he really prefers young boys, she remains unfazed, trumping this with by asking for more rough sex, just to keep him keen. But Avishag is content to submerge her sexual desires for the security Dror could provide in his Art Deco villa with its swimming pool and lush gardens. Avishag is only too ready to flee from responsibility, and into the welcoming arms of this pot-bellied father figure, who seems overjoyed that a young woman might want to bed him. These unreachable and unappealing characters remain casual bystanders throughout, seemingly part of a society which “plays” at being at peace, but has turned the conflict in on itself.

DoP Meidan Arama showcases the intimate close-up of the social merry go round, contrasting the casual party atmosphere of the opening scenes with the interiors where the narrative unfolds. Dror’s upmarket home is a world away from the chaotic student flat where Max and Avishag hang out. Everything is flip, lightweight and interchangeable in this pastel-coloured world where integrity has been air-brushed out of sight. AS