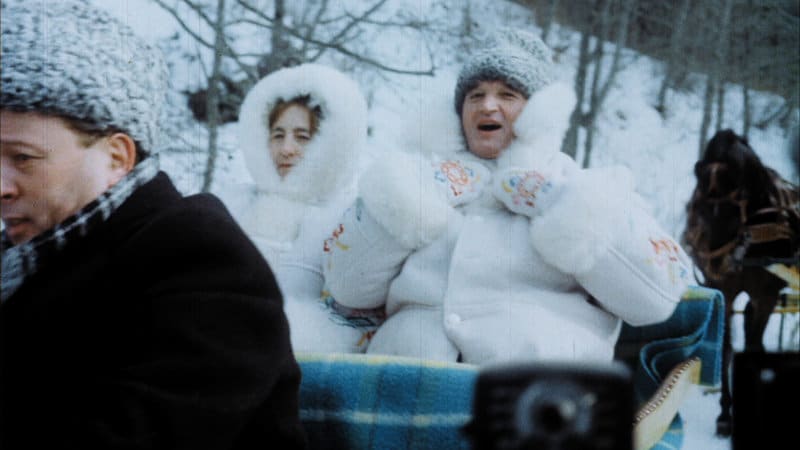 Interesting as it is to be able to observe one of the Cold War’s craziest dictators at such close quarters for three hours, it’s perverse of The Autobiography of Nicolae Ceaușescu that it should derive its fascination from the unfamiliarity of the material, but then insist on compromising the impact provided by that very unfamiliarity by deeming itself too cool to bother with fuddy-duddy conventions such as commentary and captions. This would give the audience a much-needed sense of context at critical moments: of which it serves up many. 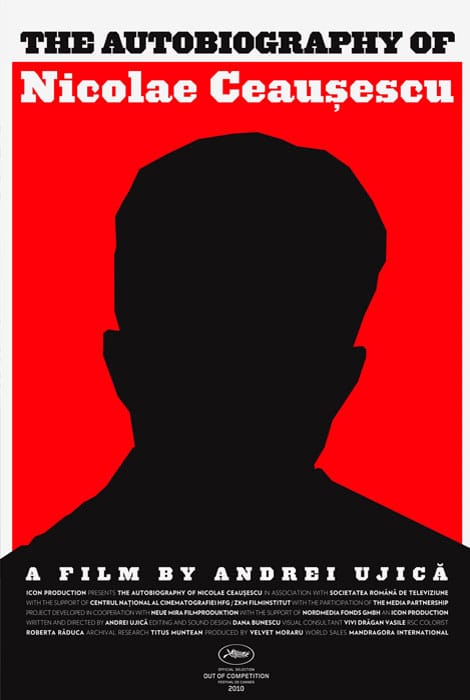 Two sequences that particularly stand out are a breathtaking North Korean pageant in exquisite colour, staged on Ceaușescu’s behalf by a beaming Kim Il-sung, some time presumably in the seventies; and the 84 year-old communist party veteran Constantin Pîrvulescu taking the podium at the 12th Party Congress in November 1979 and launching into a remarkable attack on Ceaușescu calling for his resignation. (The film left me extremely curious as to what happened to Pîrvulescu next, but it was to Wikipedia that I had to turn to find most of the information I’ve just given you, and that Pîrvulescu, rather than being immediately killed was simply placed under house arrest, survived the Ceaușescu years and lived to be 96; news that ironically revealed the Ceaușescu regime in a better light than I had anticipated).

There has always struck me as a certain aloof arrogance about documentaries that entirely dispense with commentary. (Just as Shoah‘s refusal to include ANY historical footage – so that we don’t even get a photograph of the young Jan Karski during his lengthy interrogation by Claude Lanzmann – actually blunted the impact of the material that Lanzmann piously affected to be giving us unadorned).

Andrei Ujică’s film ironically adheres as stubbornly to its own particular dogma of self-consciously ‘audacious’ minimalism as Ceaușescu himself did to his own dogmas in the political and economic spheres. Would it really have hurt for Mr Ujică just occasionally to provide the viewer – who has invested three hours of their valuable time in watching his film – to have provided the occasional caption dating and contextualising the often lengthy and repetitious film clips that he serves up?

Mr Ujică would presumably argue that he’s just letting the material speak for itself; but simply by selecting three hours of material out of the thousand hours he viewed, he has clearly already decided what we’re going to get and, even with the limited guidance he provides, I could tell that he wasn’t always presenting the material in simple chronological order. (Colour footage of Ceaușescu’s 60th birthday celebrations in 1978, for example, is then unexpectedly followed by him giving a speech in black & white on the occasion of his 55th birthday five years earlier).

Ujică has his cake and eats it all by bookending the film with the kangaroo court Elena and Nicolae Ceaușescu were subjected to on Christmas Day 1989; although once again – presumably deliberately – he throws us a wobbly by not showing us the famous moment four days earlier when Ceaușescu launched into yet another of the speeches we have by now become familiar with, only to be greeted by the unaccustomed sound of booing and heckling.

Should Mr.Ujică ever deign to issue this film exactly as it already is only with captions I will happily revise my rating to Nine Stars. Richard Chatten