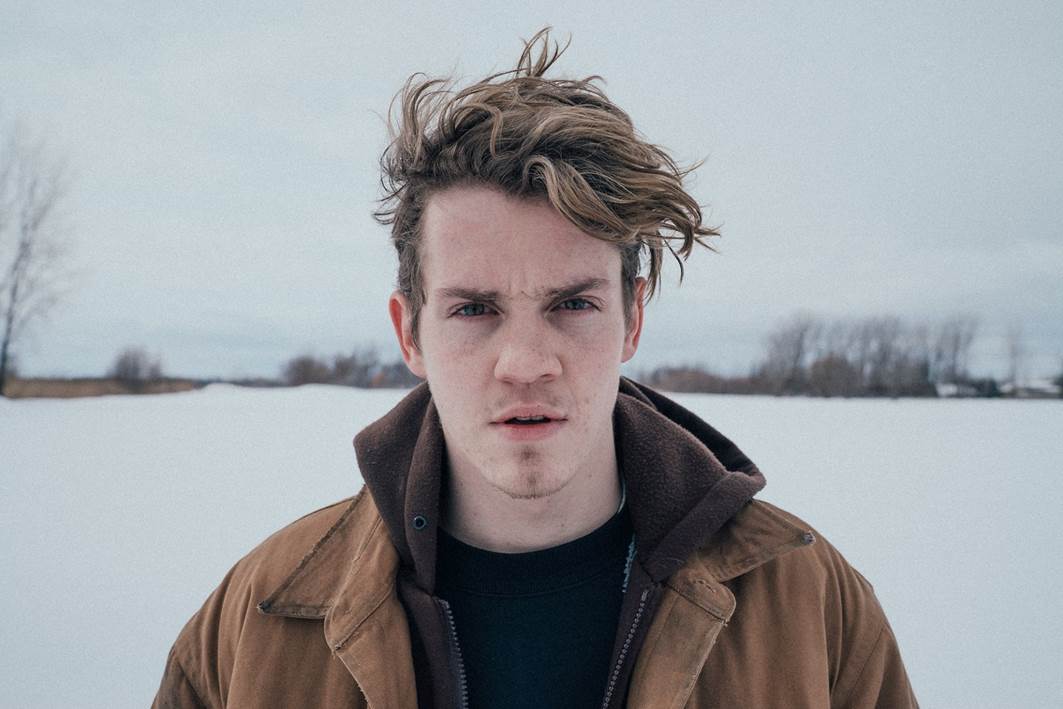 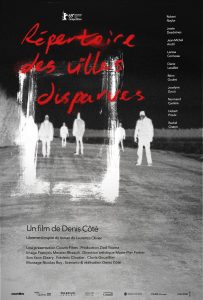 Auteur Denis Côté explores the aftermath of tragedy in remotest Quebec where the supernatural coalesces with the everyday lives of a blighted rural community.

Well known for his off-piste forays into Canadian backwaters Ghost Town most reassembles his Locarno Golden Leopard winner Curling (2010). There are also tonal echoes of his debut Drifting States, and even Xavier Dolan’s Tom a la Ferme, which was visited by a similar existential angst. Cote bases his story on the novel by Laurence Olivier, who also co-wrote the script. Silence reigns throughout the film apart from an occasional droning sound which adds to the doleful sense of gloom.

Ghost Town Anthology is an unremittingly bleak affair scratching at the edges of horror but settling instead for a mournful mood throughout; its dysfunctional characters stuck in the icy grip of inertia. When Simon Dubé drives his car at full throttle into a wall of cement, the entire population clings together, while a vortex of wind and snow rages through their flatlands home of Irénee-les-Neiges, a place of 200 odd people.

And odd is the operative word. After the crash a handful of kids play around the wreckage, wearing masks reminiscent of Edvard Munch’s Scream. They are the recurring human motif throughout the film, their identity revealed in the finale. At the funeral chirpy mayor Diane Smallwood (Diane Lavallée) fronts up vehemently despite the mood of despair, determined to raise the morale of her townsfolk with a firm belief in allegiance. “my door is always open”. But in vain. Angered by an offer of bereavement support from the local council, she reacts with thinly veiled hostility when the Muslim therapist arrives in the shape of Yasmina (Sharon Ibgui).

Simon leaves behind a family of three: his mother Gisele (Josee Deschenes) and father Romuald (Jean-Michel Anctil) are numbed by the grief and gradually go their own separate ways, suffering in silence. Simon’s look-a-like brother Jimmy (Robert Naylor) is left in state of shock. A coy George and Mildred style couple – Louise (Jocelyne Zucco) and Richard (Normand Carriere) – offer tea and sympathy to timid live-alone single Adele (Shelley Duvall lookalike Larissa Corriveau) who Richard describes as “a few lightbulbs short of a chandelier”. But her fears seem valid enough: she heard thuds and whispering voices in their house, and ends up suspended by own disbelief. Pierre (Hubert Proulx) owns the village bar and wants to keep his partner happy by offering to do up a dilapidated house at the end of the street, until they discover it was the scene of a brutal murder years earlier. And soon the regular appearances of random figures in the gloaming seem to point to the existence of ghosts from the past. A handheld camera conveys the unstable nature of the experience, but also the ephemeral quality of life.

Jimmy actually sees Simon at close quarters by the ice hockey pitch. Yet he has visited his embalmed body in its temporary morgue, awaiting burial, come the thaw. Romuald picks up a hitchhiker who bears a striking resemblance to his son. Adele also sees one of the masked children surrounded by static figures in the distance. There’s nothing baleful or malevolent about these people, lending them further credibility in the scheme of things. And their low key presence seems to lend credence to the Christian belief that the dead are always amongst us. Despite the bleakness that’s a comforting takeaway. MT