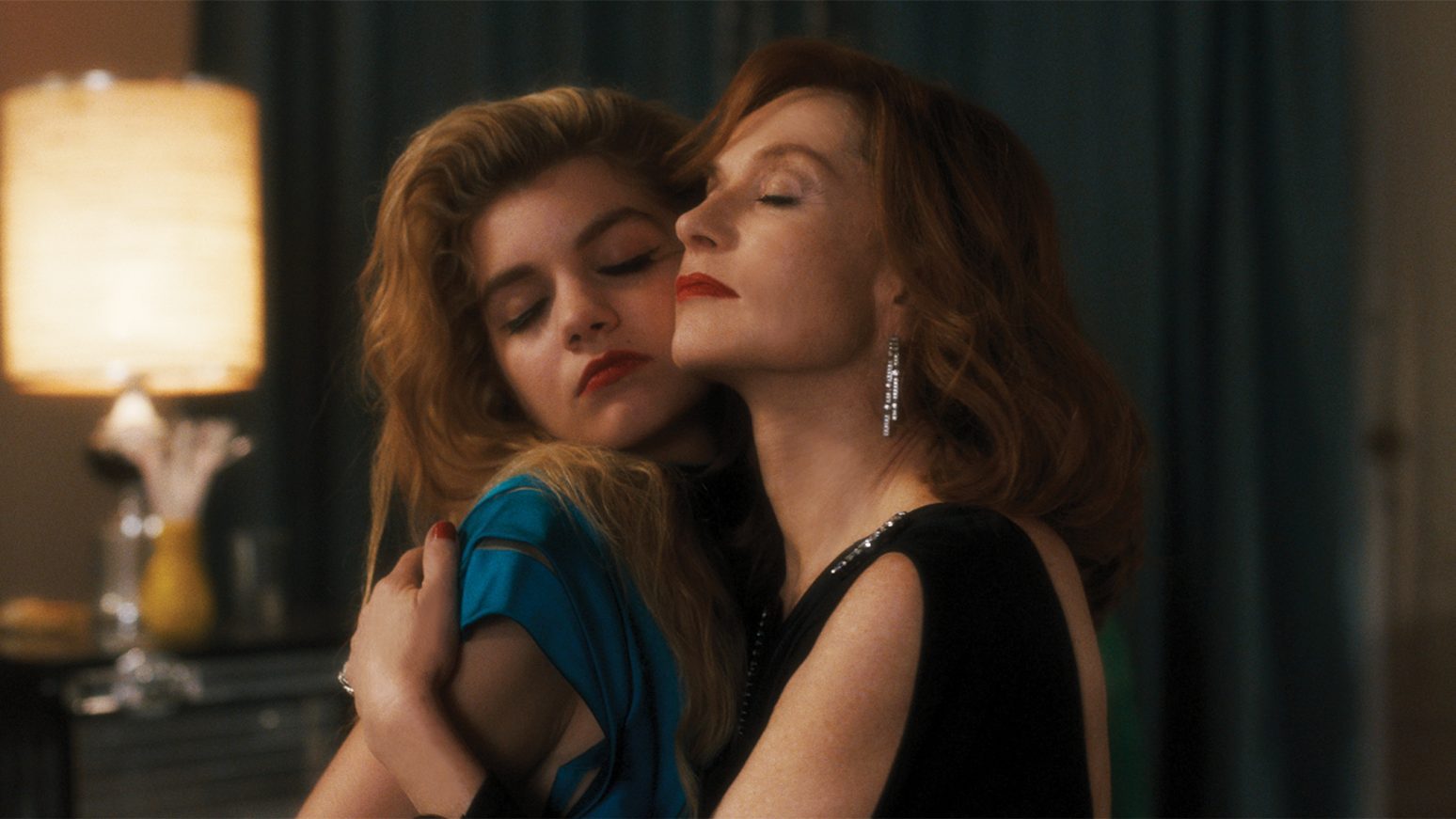 Writer-director Eva Ionesco made her debut in Roman Polanski’s horrifying drama The Tenant in 1976. Since then she has made her way into directing. Her second feature is an enjoyable if hollow semi-autobiographical hark back to her disco days at one of Paris’ most legendary nightspots in the late 1970s.

The Palace nightclub was synonymous with stylish couture from Karl Lagerfeld, St Laurent and Missoni. It was also the time of Human League, Grace Jones and Brian Ferry, And this where our young impoverished heroine Rose (Galatea Bellugi) comes to dance with her artist boyfriend Michel (Lukas Ionesco). Both are looking to make their name in the world, and finance the rest of their lives. And this is where they run into decadent ‘beau-monde’ duo Lucile (Isabelle Huppert) and Hubert (Melvil Poupaud), in their fifties and eager for new experiences. Fired up by a cocktail of youth, cash and charisma, the couples feed off each other in an orgy – both literal and metaphorical – of coke and champagne-fuelled sexual encounters – decked out in the latest couture – and Isabelle Huppert is as sexy as her much younger counterpart Bellugi. After rocking the dance floor they all repair back in a Jaguar to Lucile’s soigné chateau in a the country where the young ones are eager for money and contacts, while the older pair paw them with unwanted sexual advances, to spice up their flagging libidos.

This retro drama is very much a family affair, and it makes for an entertaining drama, if rather glib in its louche emptiness and threadbare script. Ionesco deftly captures the Seventies zeitgeist, but narrative-wise the drama plays out with no surprises. And while Huppert holds court with her sterling support, Poupard also holds sway with his graceful nonchalance, the young two providing alluring eye candy as the doomed and clingy lovers, caught between a desire to succeed and a need to be loved.

Une Jeunesse Dorée feels slightly overlong at just under two hours, but despite the flagging plot line, expert camerawork comes courtesy of Claire Denis regular Agnès Godard, and there are cossies to die for including ubiquitous sequins and floor length furs from the designers Jurgen Doering and Marie Beltrami. The girls lie back lustfully in Agent Provocateur lingerie and Huppert even flashes her tits and utters outré lines such as: “Hubert has a very beautiful penis, and he knows how to use it”. Now that’s a showstopper, if ever there was one. MT