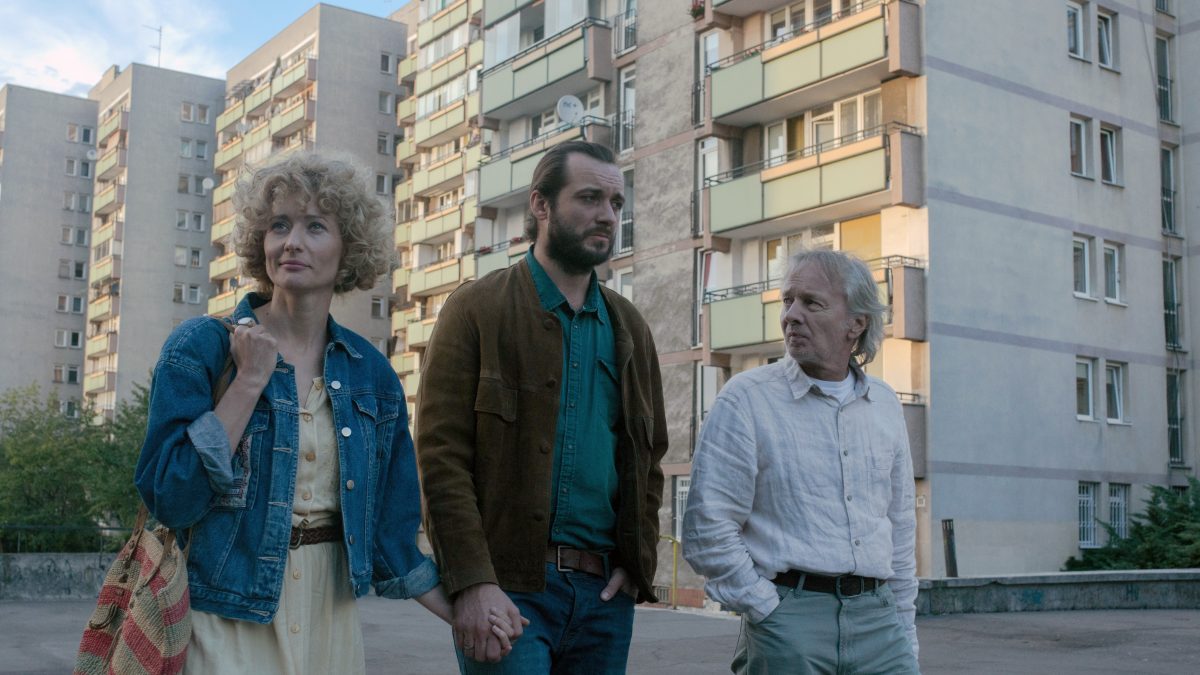 Ewa Bukowska’s stunning feature debut is a visceral impressionist portrait of anxiety, longing and psychotic meltdown seen through the eyes of a woman whose husband is a war correspondent in Chechnya. Based on a best selling book by Grazyna Jagielska, Bukowska builds up a collage of snatched memories, archive footage, thoughts and scenes from the couple’s life together and apart to palpably convey how it really feels to yearn passionately and to fear desperately for a loved one until it hurts, quite literally.

Anchored by a quivering, neurotic tour de force by Magdalena Poplawska (she also appears in this year’s festival’s Panic Attack) this tightly scripted and searingly affective psychological thriller mesmerises during its compact running time. Bukowska makes use an evocative score of romantic tunes, requiems, electronic buzzings and moments of deafening silence as she deftly manages the subtle tonal shifts between the heart-pounding good times when the couple are united, during love-making and with their little son, and those of sheer, dry-mouthed palpitating terror when Anka imagines Witek (Michal Zurawski) dead or on a gurney in some foreign hospital.

Eventually dark dread and purple passion meld into one chasm of terror as Anka downloads her angst-ridden neurosis to everyone in her sphere  – summed up in an extraordinary scene where her head-splitting palpitations are chanelled into a builder’s jammering drill in the street outside. She begs him to stop – but the angst is inside her own head. Later she threatens an innocent woman passer-by in a hijab to ‘stay away from her husband”. Stylishly captured in intimate close-up and on the widescreen by DoP Tomasz Naumiuk this is an inventive and unique way to show how anxiety can eventually take over and become completely destructive. Clearly fear eats the soul. MT