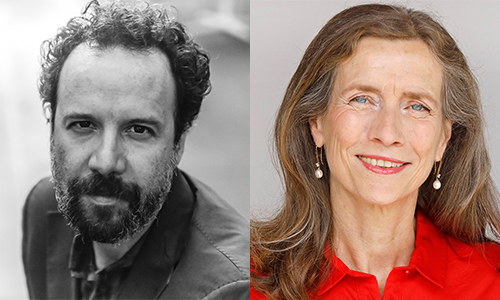 New Directors for the Berlinale

The Berlinale turns over a new leaf as Carlo Chatrian takes over as artistic director and Mariette Rissenbeek as executive director of the International Film Festival starting in 2020.

Carlo Chatrian, born in Turin in 1971, is a film journalist and has directed the Locarno Film Festival since 2013, where he has proved that he can successfully curate and lead an art house audience festival. He stands for an artistically ambitious mix of programming and for a focus on discovering new talents. He and the new executive director, Mariette Rissenbeek, will head the Berlinale starting in 2020. Mariette Rissenbeek (born in Posterholt, The Netherlands in 1956) has long headed German Films, the information and advising centre for the international distribution of German films, as managing director. Her successful career in the film industry makes her the ideal choice for this position: She has many years of experience in working with all the important film festivals around the world and has an extensive network of national and international contacts in the film industry.