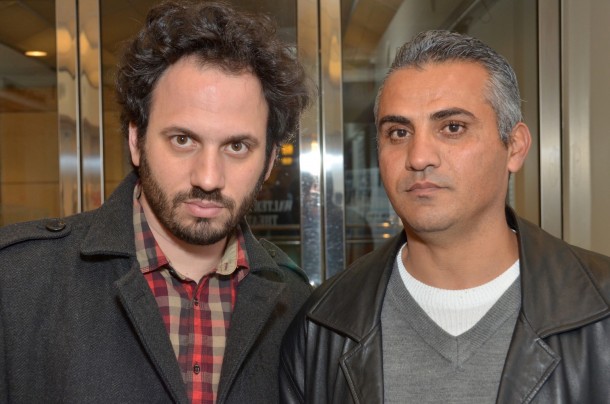 In 2005, Emad Burnat, Palestinian resident of the town of Bil’in, bought a camera to document the birth of his fourth son Gibreel. Just as he did so the Israeli army moved in and took his villagers land, so he spontaneously chose to document what happened, politically, geographically, but also the impact to his villagers and the next generation growing up with the conflict.

Five Broken Cameras swept up festival awards across the world, from Sundance to Sheffield, Durban to Jerusalem. It is a film that could not have been made by anyone other than a local, living through it as it happened. The footage is amazing. There is no reconstruction, nothing staged. It is completely different to footage one might witness on the news or a news of the self-same struggle, where M16 sub-machine guns, Humvees and tear gas come up against peaceful demonstrations, orchestrated with courage, heart and even humour.

Burnat, armed with nothing more than his camera and a deluded sense that it gives him immunity from the injustice and carnage around him, continues to film in ever escalating, ever more difficult circumstances. This documentary evolved of it’s own accord, as Burnat began to think only in hindsight of the images that he had; the story that lay in the footage he had gained and at such cost.

This is an astonishing and humbling film throwing into sharp relief the everyday fortitude of a people connected for thousands of years to the land where they live in occupying Israel. There is a sense of disbelief that this can actually be happening and is allowed to continue unabated by the watching world. One cannot help but be moved by these two extraordinary, intertwined stories; that of a man trying to do the right thing under extreme provocation and with such a love for humanity in an environment devoid of so much with beside a fence where antagonism is an everyday occurrence, and death a daily possibility. If you get a chance, see it. AT