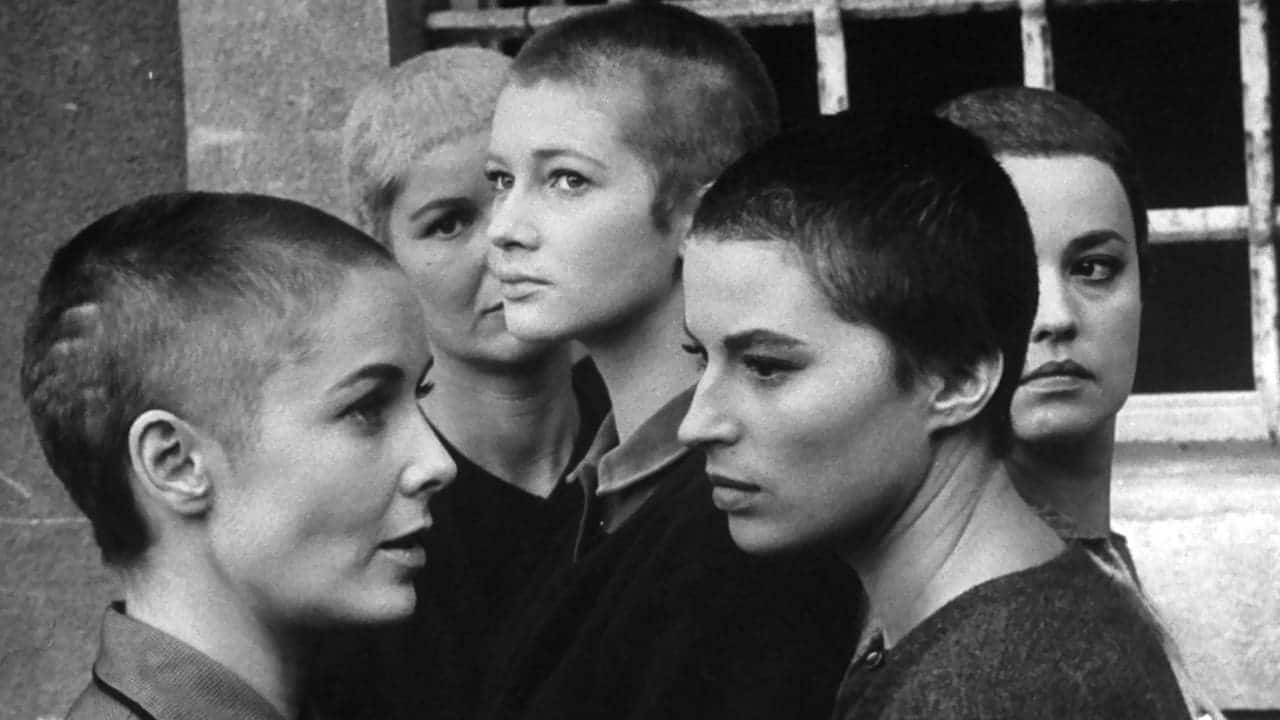 Martin Ritt’s only war movie is a strange hybrid which has the thumb prints all over it of producer Dino De Laurentiis – whose bright idea the inevitable communal nude bathing scene doubtless was, and saw to it that his wife Silvana Mangano gets most of the close ups. That said, the film comes a very poor second to the same year’s La Ciociara; also a gritty Italian war movie, which won Carlo Ponti’s wife Sophia Loren the Oscar for best actress.

While all given Yugoslav names, the five women of the title are plainly cast with the international box office in mind; although neither of the American contingent – Vera Miles and Barbara Bel Geddes – get sufficient screen time to make much of an impression. With the exception of Richard Basehart’s Good German, the male lead characters all come across as creeps. Van Heflin’s partisan leader is a sanctimonious bore, while Harry Guardino’s overactive loins (spoiler coming) directly lead to Miles’ death. (He plainly made no attempt to enlighten the court martial that it was entirely him who was responsible, and that it was he who left his post to get his paws on Miles; instead he just brags about all the Germans he’s killed. The other partisans meanwhile are far too quick to stick her in front of the firing squad by his side.

Despite the interesting cast, the whole thing leaves a pretty bad taste in the mouth, and you certainly come away feeling soiled at the waste and squalor depicted, although not necessarily in the ways that the film’s makers intended. @RichardChatten