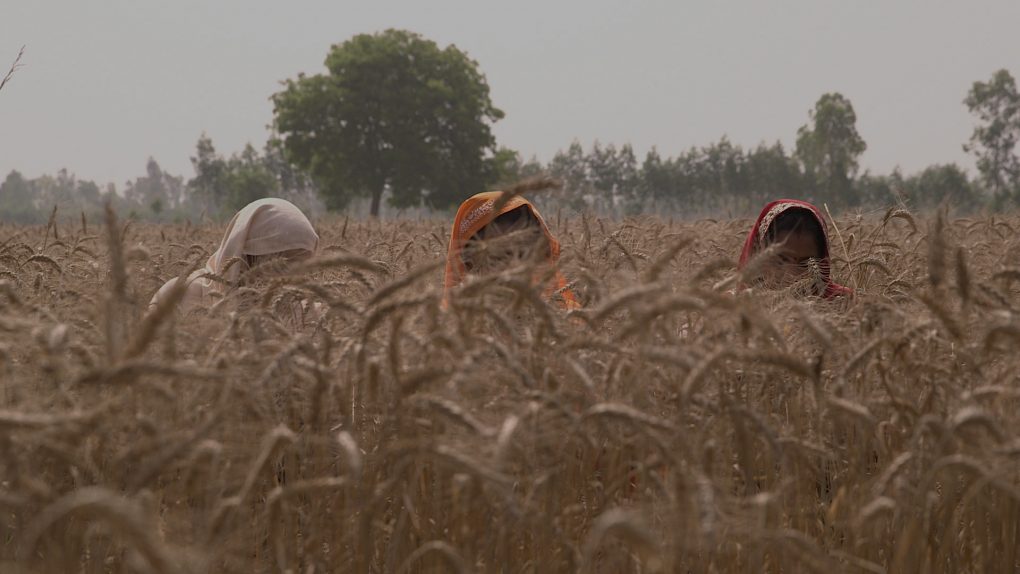 India is the World’s 6th largest economy and yet many aspects of society still linger in the Dark Ages, as seen here in Javisha Patel’s poetic documentary, that had its world premiere at Berlinale 2018.

Set in contemporary Uttar Pradesh, CIRCLE is a lament for the plight of young women in many parts of India who still fall victim to rape and beatings within their own families. Their punishment is meted out by their grandmothers who have suffered the same fate, and collude with their menfolk in perpetuating and enforcing a culture of misogyny in a society which remains locked in the past. Luminously shot and elegantly framed, Patel’s film is sombre in tone but never mawkish in focusing on the emotional journey of Kushbu who has stoically internalised her grief and humiliation; almost inured to the status quo. While women are going about their work in the fields, men are seen as bystanders, hanging about in leisurely groups, as in the opening shot. Over the housework, Kushbu discusses her feelings after the brutal assault by four men who kidnapped and blindfolded her, taking her to a remote field. She claims even the police woman beat her up, forcing her to change her plea. Minimal dialogue conveys that life is a living hell with her grandmother’s demands. But little change is in sight. One of the women states clearly that “she will punish the young woman who will marry into her family, the same way”. Later, Kusbhu is married off in an elaborate ceremony to a pre-teen she has never met. Symbolically the wedding takes place without score or dialogue, the children staring around, bewildered. A passionate and poignant film.